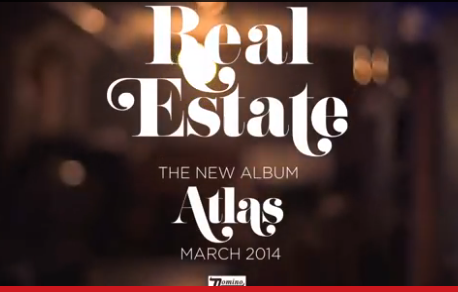 Real Estate are now sharing two new tracks off their upcoming third album, Atlas. They are premiering the tracks, “Bend” and “April’s Song,” through a WNYC Soundcheck session that includes live versions of the two tracks as well as a live version of the first single they released off the album, “Talking Backwards.” Atlas will be released on March 4th.