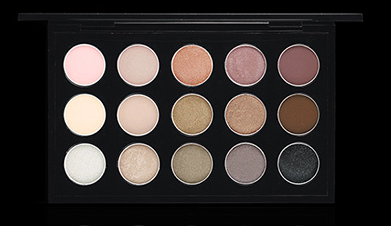 Naked. Nude. Buff. No, we’re not trying to undress you, we’re just talking beauty. There’s no doubt about it: women are going gaga over neutral eyeshadow palettes. From Urban Decay’s Naked 3 Palette to MAC’s new Neutral Palette, these meant-to-be-customized sets provide the wearer with a nearly endless array of looks. But are the pricey ones worth it? Are there decent drugstore dupes? We looked at and sampled several, and managed to choose a few favorites. It’s time to get naked. 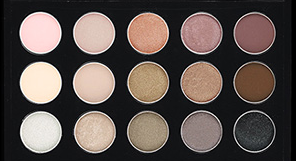 Like us, you probably just gasped about the absurdity of a $100 eyeshadow palette. We’ll confirm it here: it’s not worth it. Though it does have three more shades than your average Naked Palette, it’s also about double the price. And looking at swatches, we found that most of the shades are almost identical to some of our Naked favorites, so yes, they are gorgeous and highly-pigmented, but also sort of a rip-off. One cool feature, though? There’s a warm set and a cool set, so each shade in the palette you choose is almost guaranteed to look flawless on you.

Don’t try to get us to stop raving about our Naked Palettes; it won’t work. Urban Decay’s newest release includes several rosy, coppery shades that flatter just about everyone. And with 12 shadows, you have enough to highlight, contour, even fill in your brows. Yes, 50 bucks is a little pricy, but you’ll get your money’s worth and then some – and this is coming from someone who has bought and adored all three Naked Palettes.

You might be stopped in your tracks by this palette only having 10 shades, but think again: the pans are huge, and will likely last you a damn while. Besides the chic case, our favorite part about this set is that there are even a few purple-y shades included to spice up your typical neutral look – perfect to go from day to night. Plus, the case is refillable, so if you run out of just one shade, buy another and pop it back in! 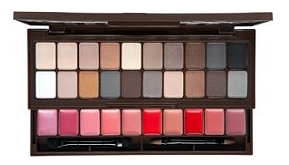 Woah. This set seriously blew us away. For those lusting after a Naked Palette but short on funds, this is the perfect compromise. Just Google “NYX Nude on Nude swatches” and prepare to find a multitude of side-by-side comparisons in which the two brands look nearly identical. You’re welcome. 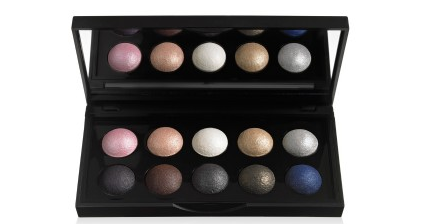 As an e.l.f. devotee from the brand’s beginnings, I can’t back up these palettes enough. Seriously pigmented and cheap as they come, it’s easy to afford one or two of the neutral sets. And if you’re in a bolder mood, no one would judge you if you picked up the two smokier sets too. You deserve it, right?