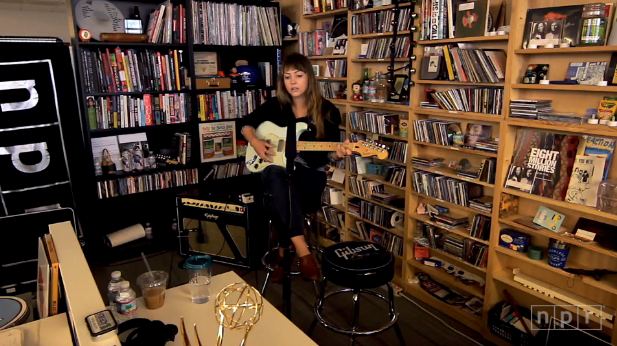 Angel Olsen performed four unreleased songs from her forthcoming album, Burn Your Fire for No Witness (out Feb. 18 on Jagjaguwar) for NPR Music’s Tiny Desk Concert Series. Song titles are “Unf**ktheworld,” “Iota,” “Enemy,” and “White Fire.” Check it out below.