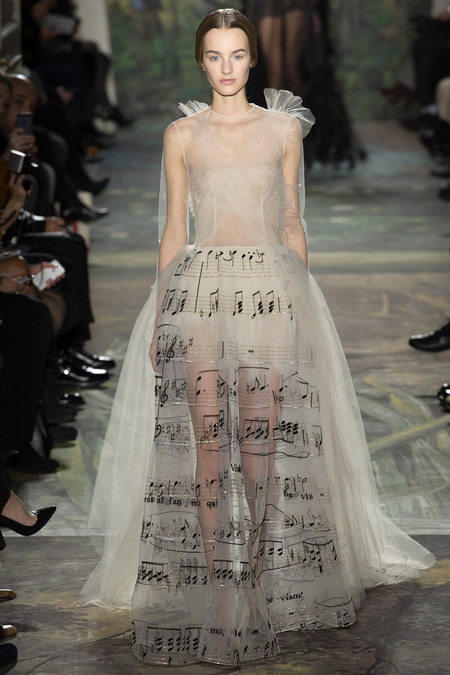 Couture season is the best season, and the Spring 2014 shows – awash with tulle, feathers and glitter galore – didn’t disappoint. Set in seductive Paris, our favorite models marched down the catwalk in pieces that could only be described as “art”. So skip the museum and take a peek at some of our favorite works, in all their textural, painterly glory. You might just be inspired to pull out those old paints and put your brush to canvas. 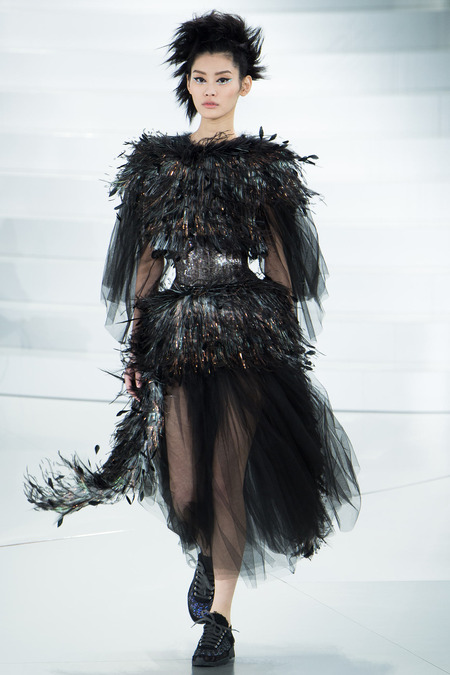 Holy punk. From the fringed hair right down to some very urban sneakers, this Chanel look is all about edge. What makes it a little more complex, though, is in the middle: attitude, meet glamour. Some very feminine feathers and sparkle keep this look from going too goth, and a silver girdle of sorts lets that womanly figure appear beneath tons of tulle. 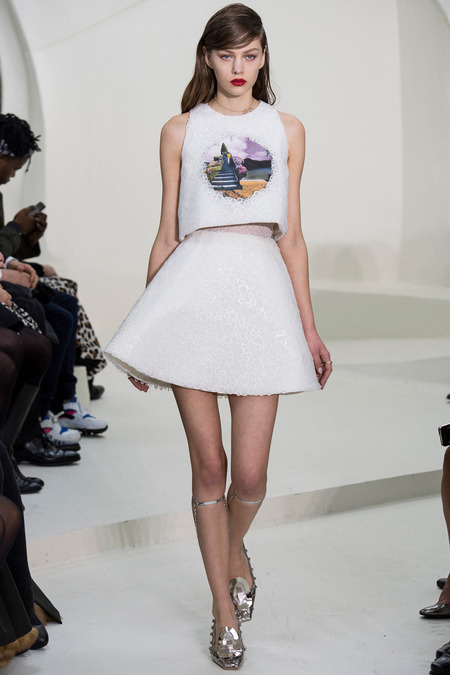 Sometimes, it’s all in the details. At first glance, this look may appear to be more akin to minimalist Calvin Klein, but we urge you to zoom in. The glossy, plasticized texture of the outfit aside, we adore the tiny window into another world seen on that crop top. And don’t even get us started on those shoes – it’s like loafers and gladiator sandals had a sexy, metallic baby. 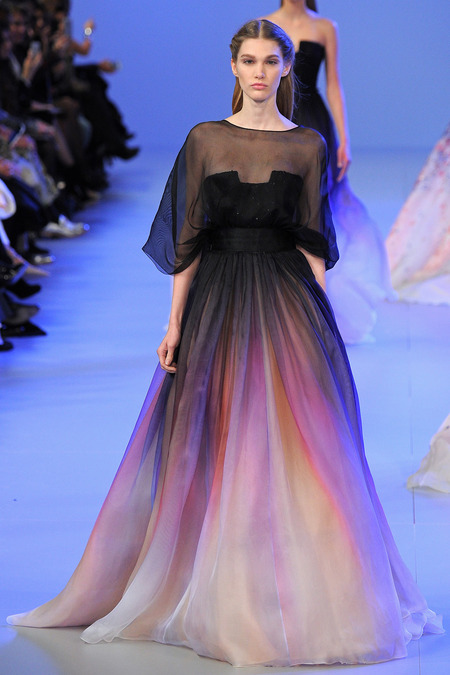 We yawned a little at first when flipping through pictures of the Elie Saab show – it seemed like they’d been doing the same translucent, sparkly gowns season after season. But we stopped short on this one, jaw on the floor. Seriously, did someone grab the Northern Lights and somehow attach them to a dreamy, flowing dress? And even better, we love that those gorgeous tones fade from a pitch-black top. Totally unexpected. 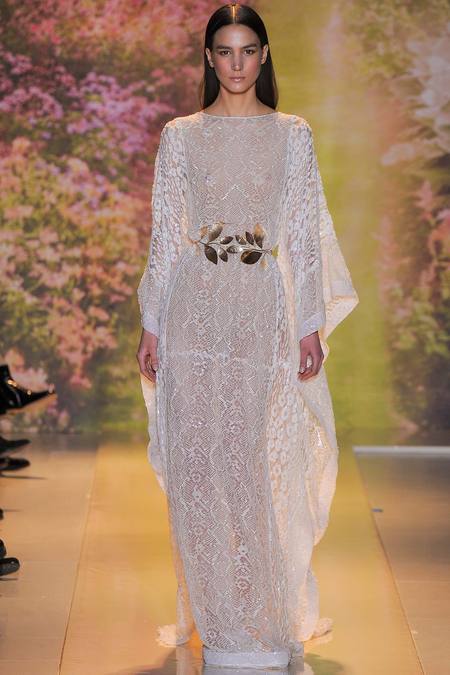 Hippie chicks, unite! Zuhair Murad’s got your back with this angelic lace gown, complete with a leafy golden belt. It’s so simple, but endlessly chic and figure flattering. Best of all? This look could go from a beach cover-up to a lunch date to a red carpet. Apparently, ladies like Janis Joplin had the right idea.

How could we not include this musical note gown on Vinyl’s list? We love that the rest of the look is sheer and understated, letting the notes take center stage. But in anticipation of being called “boring”, flawless lines of glitter lay beneath each measure. Sheer, sexy, and smart: Beethoven would approve.