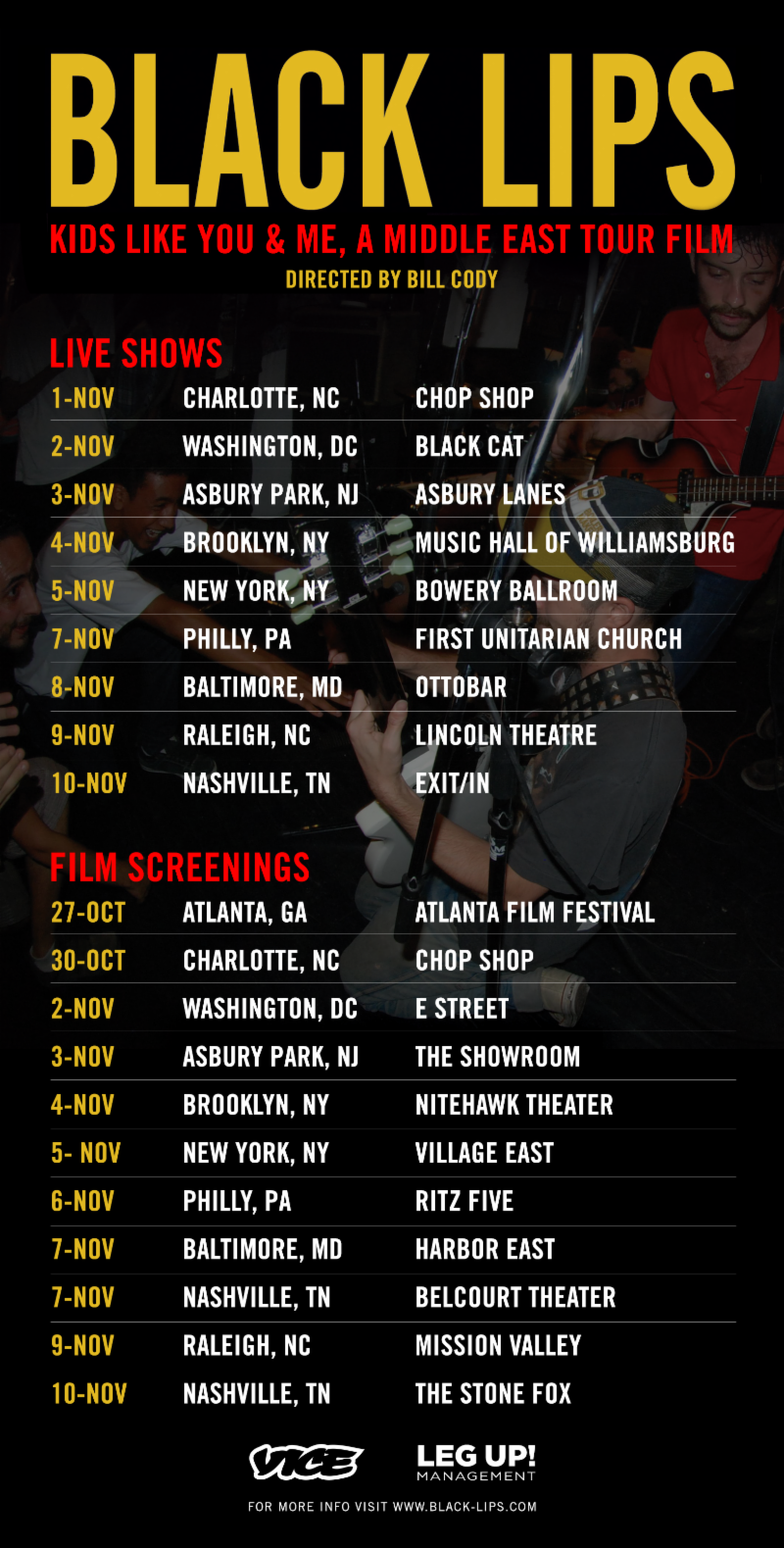 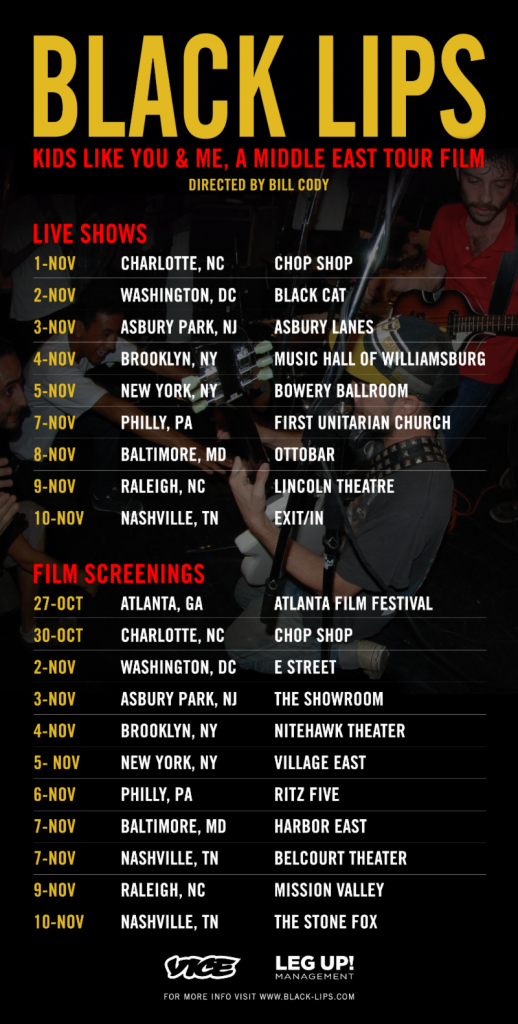 Black Lips are releasing Kids Like You & Me: A Middle East Tour Film, which documents their 2012 tour in the Middle East. The Atlanta Film Festival premiered the film on October 27th, and there will be live shows and film screenings soon. You can watch the preview below.