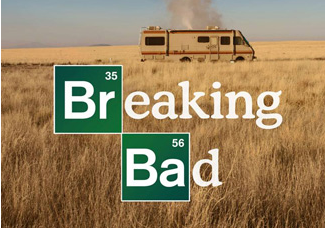 It’s over.  Finished.  No more Heisenberg.  No more Jesse.  No more science…bitch.

Before we start, just be warned that I’m going to be using the words “genius” and “perfect” a lot in this article.

Breaking Bad has earned its place at the very top of the list of my (and millions of others’) favorite shows of all time.  So I was more than a little sorry to see it go (what am I going to do on Sunday nights now?  Watch Low Winter Sun?  Doubtful).  However, I am so grateful to Vince Gilligan for playing it smart, not dragging it out for three seasons too long just to keep getting paid, and achieving something that so few of my favorite shows have pulled off (*cough* LOST *cough*) – a perfect ending.  Really, the only word that I can think of is genius.  Gilligan is an absolutely brilliant writer; he tied up every loose end so neatly…it was truly poetic.

Before we go on, let me just go ahead and warn you – SPOILER ALERT – although, if you haven’t already watched “Felina” or at least heard about it, I’m not sure if you know what the Internet is, so you’re probably not reading this article.

Here are the main parts of the finale that I want to talk about. I’m going to assume that you have seen all of the seasons and not overly explain the back story.

1.  Walt having Gretchen and Elliott Schwartz act as benefactors for Walter, Jr./Flynn/whatever he’s calling himself these days was absolutely perfect.  In the very first season of Breaking Bad – episode 5 “Gray Matter” – Walt refuses the Schwartzes’ proposition to pay for his cancer treatment.  Walt is completely offended by their offer, continuously bitter about their success from Gray Matter and too prideful to accept their charity.  I mean, he would rather cook meth than receive anything from these people.

Throughout the seasons, this is a continuing theme.  Walt’s never-ending resentment of the Schwartzes’ fortune becomes his pace car, and he continues to measure his own success by how close he is to building an empire that competes financially with theirs.

In addition to his inability to accept charity is his arrogant need to get credit for earning this money for his family, which makes money laundering pretty tough.  He refuses Saul Goodman’s advice to just filter his money through Walt, Jr.’s donation website, SaveWalterWhite.com, unable to accept the credit for their income going to an “anonymous donor.”

In the end, however, the story comes full circle.  Walt goes to Gretchen (who is wearing a fabulous jacket) and Elliott’s house and forces them to take what is left of his money (a mere nine million dollars…chump change) and donate it in the form of a trust to Walter, Jr. on his 18th birthday, knowing that any other way he tried to get it to his family would result in it being confiscated by the government.

So, basically, after all of the five seasons worth of corruption and destruction and death that Walt was willing to cause in order to keep his ego and pride in tact, Gretchen and Elliott still get credit for saving the White family out of charity.  Which means that this was pretty much all for nothing.  Well played, Gilligan…well played.

2.  I was super pumped to get to see Badger and Skinny Pete one last time.  I love those dudes.  And I totally called the whole laser pointer thing…just saying.

3.  Walt’s goodbye to Skyler made me tear up.  When Walt came back to say “a proper goodbye” to Skyler and finally admit to her that all that he did was not, in fact, for his family as he had claimed for so long but was, in fact, for him…dude, that was so raw.  Skyler finally hears the truth from him, and we see a glimpse of the old Walter White.

4.  The way Walt died was brilliant.  He had to die…he just had to.  For a few seasons now, I have rooted for Jesse to be the one to kill Walt in the end.  But when it finally came down to it, I’m glad he didn’t kill Walt in some final face-off where Walt was still fighting.  This end was much more real and heartbreaking.  It was perfect and fitting that Walt’s final act took him out.  He got himself in that room as Heisenberg, and he took himself out along with all of the other scumbags in there.  Everyone in that room deserved to die except for Jesse, and he got them all…including himself (except for Todd.  Todd was a truly despicable character, and Jesse deserved the satisfaction of taking him out).  Jesse is free, and he drives off…into the sunset? To go find and raise Brock?  We don’t know, but we do know that he’s going to be okay.

5.  Walt shooting Jack mid-sentence when he is trying to offer Walt his money back was, again, brilliant.  Heisenberg is dead, and along with him, his greed.  It’s not about that money anymore.  Jack is just too stupid to realize it.

6.  Lydia had to drink that ricin.  I hated Lydia.  From her shakiness to her ruthlessness to her stupid camomile and stevia habit.  I hated her.  That woman needed to go.  I’m so happy that she’s the one who got the ricin and that it was in her tea -that was just elegant.  Maybe that will teach you to use regular sugar like a normal person, Lydia.  Oh wait, you can’t – you’re dead.

The finale of Breaking Bad was badass, yes.  But it was also heartbreaking.  The entire series is honestly heartbreaking.  Witnessing the continuous corruption and destruction of a man who was at one point decent and then seeing him get what is coming to him takes a toll.  It is less satisfying to see Walt reduced to nothing – having lost his family and everything he ever cared about – than expected, as you have been rooting for his comeuppance for so long.  You are reminded that he is a flesh and blood human being, not just some raving monster that you love to hate.  Bryan Cranston’s genius and pure talent really come through here, making the viewer surprisingly sympathetic to Walt, even with all that we know about him.  But still, you know that Walt has to die.

All in all, “Felina” was a perfect ending to a brilliant show.  Now excuse me while I go rewatch all of the seasons on Netflix.