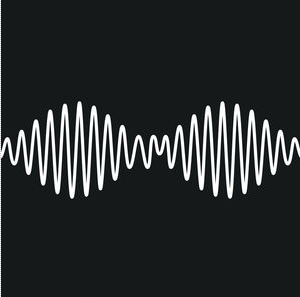 Old-school Arctic Monkeys diehards, please don’t hate us for saying this: AM has got to be the group’s best album yet. With the perfect blend of rock n’ roll and pure, unadulterated sex appeal, Alex Turner and crew have churned out a masterpiece from start to finish.

Let’s start with the singles. Yes, those slow, blues-y numbers that make you want to crawl into bed with someone you love – or anyone, really. Though “Do I Wanna Know?”, “R U Mine?”, and “Why’d You Only Call Me When You’re High?” – the inquisitive tracks on the record – do sound quite similar, we’re entirely okay with it. After all, who could resist the gluttony of three racy tracks chock-full of Turner’s crooning English vocals, sexy, measured instrumentals, and lyrics that make you wonder if the Monkeys are philosophers on the side?

But, in very versatile Arctic Monkeys fashion, AM offers another dimension, and a very beautiful one at that. Take “No. 1 Party Anthem” – one listen and there’s that “lump in your throat” mentioned in the track. A clean, retro piano backs up a narrative likely written about Turner: “Leather jacket, collar popped like Cantona/Never knowing when to stop/Sunglasses indoors, par for the course.” The final track on the album, “I Wanna Be Yours” offers the same seductive air, but in a much more romantic sense. The quartet carries on their love of metaphors, somehow instilling pure splendor into the likes of a vacuum cleaner, coffee pot, parking meter, and portable heater.

There are, of course, some tracks that don’t quite fit either of these molds. The magic here is in the fact that they still flow seamlessly in and out of the record. We couldn’t possibly review AM without mentioning “Arabella”. The track mentions Arabella’s “70s head”, a notable coincidence – or perhaps not – because of the song’s classic rock, 70s vibe. With this one, the boys show their instrumental complexity and skill.

But don’t stop there – this is one album you’ve gotta listen to all the way through. Hidden gems abound. You’ll thank us later.

1 thought on “Arctic Monkeys: AM”