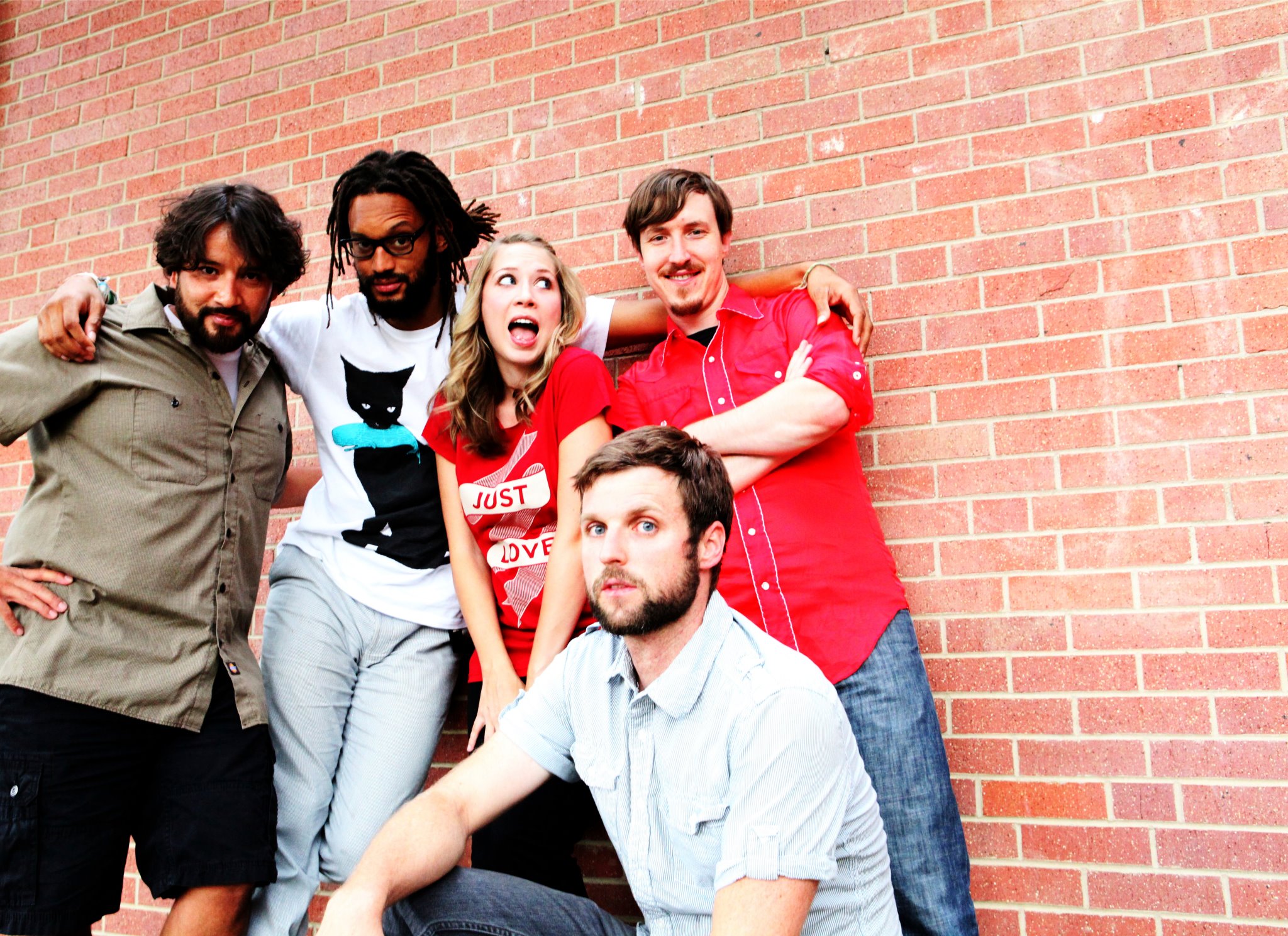 Flobots emcee and vocalist Jamie Laurie recently agreed to spend a little phone time with me to talk about their new release, their tour, and their plans to record.  I’ve generously embedded the video for the track below so that you can listen while you read our interview.  Immerse yourself and enjoy.

Jamie Laurie: We were just [in Georgia]. We are in Chicago.

VM: How is the tour going?

JL: It’s going good so far. We are getting close to done.

JL: Yeah. Five more shows and a lot of driving.

VM: Do you have a show tonight?

VM: What are you doing on your day off? Just driving?

VM: Have you had any sight-seeing chances?

JL: Yeah actually.  We get a few hours each place to walk around for a little bit, but sometimes we go way out of the ordinary. Like we actually went to an oyster farm outside of New Haven. A friend of mine runs a sustainable seaweed and oyster farm. So we went out on a boat on the Thimble Islands and like ate oysters, had some tequila in the sunlight. It was pretty nice.

VM: Yeah that’s pretty cool. So is that the highlight?

JL: You know, the highlight may have been that.  The rest of the tour, I forget. It’s just too long ago…I am sure I did something in California, but I can’t remember it.  It’s all a blur.

VM: So what were you doing between [this tour and your previous tour]?

JL: We did a little bit of songwriting. Then we got back and pretty soon afterwards, and then it was the holidays.

VM: The line up has evolved a lot since formation…

JL: Well…I use to be in a solo thing called Onomatopoeia, but it wasn’t really a Flobots thing. We just used the Flobots website. Really the band started in 2005, and then Brer Rabbit and I were both in it then. Then pretty soon after that, it came to be Mackenzie, Jesse, and Kenny in it. It’s changed a little since then, but [it’s pretty much the same].

VM: So do you prefer touring to recording?

JL: I like them both a lot…we recorded a song that we just released called “Bradley Manning”. Personally I love songwriting, but I still love performing. They both are just really different experiences there. One of them is a lot of alone time, and the other one…you are with crowds of people every day. One can be social, and one is anti-social.

So, do you have anyone that you would really want to collaborate with?

JL: You know, I think the thing with collaborations is that you want to make sure you do them because the song calls for it.  I actually…kinda had the experience where all these people you love are doing a song together, and you listen to the song and it sucks.  And you’re like, ‘Man, I waited my whole life for them to collaborate, and the song is not good.’ And so I think it is important to make sure that first and foremost it is about what the song calls for. So, for us, yeah I am a hip hop guy but, when we were making that song ‘White Flag Warrior’ it was like the song asked for Jim from Rise Against, and we reached out to him, and he really brought the missing piece to the song, and so I know that collaboration was the right thing to do. So I think there are tons of artists I love that would be fun for me to collaborate with, but I think we try to put the song first.

VM: So I heard your van broke down?

JL: Yeah! How did you hear that?

VM: Just through coordinating this interview.

JL: Yeah, the transmission is no good. So now they are fixing it, and it just so happens that our tour schedule was really weird and has us going back to Cleveland today after Chicago. After we have already come that way, but it actually ended up being perfect, because we are basically backtracking, and we will be three hours away from where our van broke down.

VM: So how are you getting around now?

JL: We rented a minivan and a truck.

VM: So after this tour wraps up, what is next for y’all?

VM: Have you written them already?

JL: We have a lot of ideas on the whole themes of the songs, and we just have to water them and give them the proper sunlight and let them grow into beautiful new plants.

VM: Sweet! Well thank you for talking to me!

JL: Absolutely, thank you for taking the time.  Thanks for caring!

1 thought on “Phone Chat with Flobots”