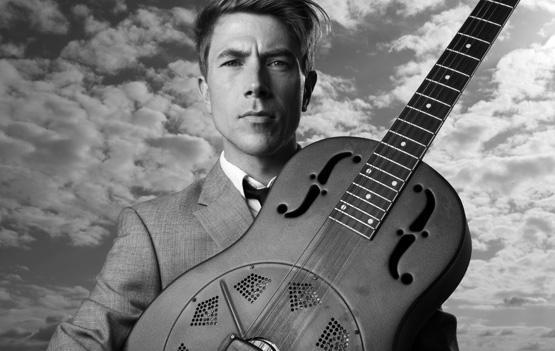 Thank God for Luke Winslow-King. In a musical era in which simple beats and perverse lyrics reign supreme, and enjoying quality music puts you in the minority, Winslow-King brings back a feeling long forgotten: the way your hips can’t help but sway in an almost instinctive way when early 20th century jazz blares from your speakers.

This pretty-boy moved to New Orleans by chance in 2001, a fact that is quite tangible when you listen to his newest release, The Coming Tide. Jazz, Delta blues, Southern gospel, and folk collide in this 11-track masterpiece, which combines both earth-shaking LWK originals and creatively reworked covers.

The first track on the album, “The Coming Tide”, ardently displays Winslow-King’s talent in working with an undeniably gospel slide guitar. In addition, fellow singer Esther Rose’s harmonies add the final, perfecting touch to the track and the rest of the album – it’s as if you don’t even realize the music is missing something until her Lucinda Williams-esque voice leaks into the mix. “Let ‘em Talk” is another of our favorites. The sweet, melodious trumpets are the ideal contrast to LWK’s defiant words: “Let ‘em talk, I don’t mind. Don’t make a difference to me.”

You can almost taste Winslow-King’s and Rose’s affection for New Orleans in the Ida Cox cover, “I’ve Got the Blues for Rampart Street” – it’s an homage to their beloved town in both lyrics and musical style, from start to finish. Just a few tracks later, we hear the duo’s soft, breezy take on love with “I Know She’ll Do Right By Me”. Listeners are immediately transported to a more classically romantic era as Winslow-King croons about his favorite girl, who is “so fair, treats me right, she gets home by the end of the night.”

The Coming Tide concludes valiantly with a cover of the 1960s track made famous by George Harrison, “I’ve Got My Mind Set On You”. It’s classic yet entirely reworked and inspired, much like Luke Winslow-King as a musical force.