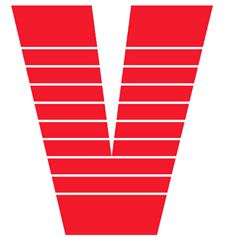 Take a large dose of Sufjan Stevens circa Seven Swans, mix in a little Ryan Adams, and toss in just a dash of more current folk acts like Mumford and Sons, and you have “Ballad of the Bloodstained Bible”, The Last Tycoon’s newest single.

John Gladwin, currently living in Athens, Georgia, ushers in the song with a slow, melancholic banjo. From the moment the first note hits – as if the incredibly substantial title didn’t tell you enough – one can see that this song isn’t just your everyday folk song about love and loss. The tune, inspired by Southern Gothic literature, runs much deeper. By the time you reach the haunting chorus, chills run up your spine: “There’s bloodstains on the family bible…” Gladwin goes on to describe gunshots and, somberly, the fact that “sometimes love don’t get you through.”

Gladwin’s worldly lyricism and musical talent in “Ballad” express his unceasing understanding of the world and, especially, the Deep South. Just as writers like Flannery O’Connor, William Faulkner, and Truman Capote expressed the region’s mystic, often grotesque, nature, Gladwin achieves the same ends in song with this single. At one moment, Gladwin sings darkly of “neon crosses” that “burn through the night”; the next, the song builds into a dangerous atmosphere, a man walking solely with his “hat too low”, warned that, “one wrong step and you’re gone.” The rest of the song works in much the same pattern, ultimately leading to “strange fruits hanging on the trees”, a reference to the southern practice of lynching.

After one final, echoing chorus, the band finishes with an impressive last minute of instrumentals – a folksy banjo, a characteristically southern piano, and so on. With “Ballad of the Bloodstained Bible”, the Last Tycoon successfully transports the listener from his or her cozy living room to the historical South, sinister bloodstains and all.