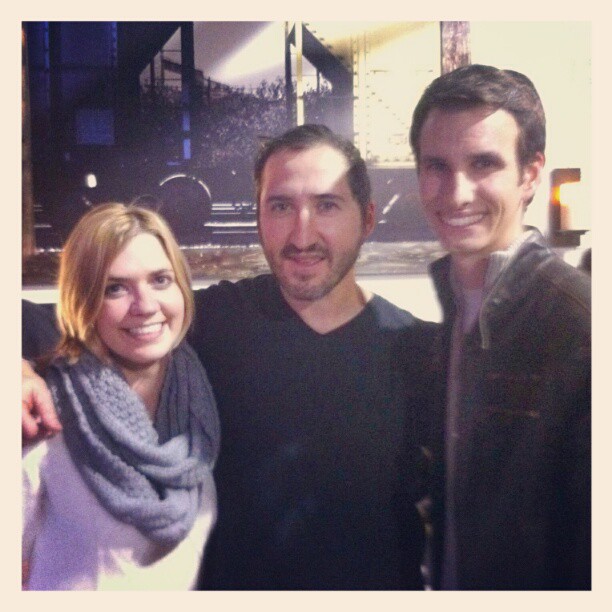 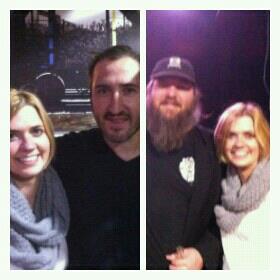 Everyone should know Pinback.  They’re kind of a big deal.  Based in San Diego, California, the band is essentially made up of Zach Smith and Rob Crow.  They recently released their fifth full-length studio album, Information Retrieved and are currently on a US tour.

I got the chance to grab a few minutes of phone time with Rob to talk about their current tour, the album, Disney’s takeover of Lucasfilm, and what’s up next for the band.

So enjoy.  And be sure to check out of their upcoming shows.  They’ll be in Atlanta at Terminal West tomorrow – and so will I – so you should definitely not miss it.

What are your thoughts on Disney buying Lucasfilm?  What do you think that means for the new movies?

I’m highly excited about it.  There will be a lot more possibilities now.  Lucas has been trying to ruin his own thing.  There are a lot of amazing directors and writers out there right now.  Looking at what they did through Pixar…things like The Incredibles don’t treat children like idiots.  The [Star Wars] prequels do treat children like idiots.  What’s great about the original Star Wars is that there is a hero.

I’m mostly hoping for someone to look up to in the films.  In the last three films, the closest thing to that is the bad guy.  I think it’s detrimental to bring up children with that.

You once said that Pinback is the most accessible thing that you do- can you elaborate on that?  What other projects are you involved with at the moment?

I gravitate more towards extreme things that most people don’t care about, which is unfortunate.  I don’t gravitate towards it because it’s not popular.   It just seems to be what I’m interested in for no particular reason.

Tell me about the Helios Creed tribute album.  How did that come about?  Was it more about the project for you or the charity?

Somebody asked me if I wanted to do it; only recently did I hear that it was for charity.  Charity is great – I just didn’t know about it.

I read that you now do a lot of recording at SDRL studios?  Is it your studio?  What does it stand for?

At the time it was me, Zach, and two other people partnering in it.  We have studios at home also.  Zach doesn’t work [at SDRL] anymore.

It’s a lot harder to really put the time in to complete a linear thought; they used to tour with us.  It’s a lot more difficult now that I have three kids – one’s a baby, one’s in school.  It would be a little crazier.  It was pretty great when I could [take them on tour].  They have been all around the US already.

I really like concept of an artist as a person.  People go to see a band, and they’re all spotlighted.  So people may think we’re above them or something, which we’re not.

We’re definitely not cooler than them.  It’s a privilege not a right what we do.  We should all be on our knees thanking people for letting us play for them.

You released “Proceed to Memory” to Rolling Stone and then “His Phase” to Pitchfork before releasing the full album.  Are those your favorites or were they just the first done?

What is “Denslow, You Idiot!” about?  What inspired the lyrics?

There is a lot of stuff on the album that I decided not to talk about for about a year…there is a bunch of hidden stuff in some of the videos and the songs.

The reason for this is because it is more fun to have people use their imaginations and come up with what they think these things are about.

It’s like the old days of radio when people used imagination instead of just turning on the TV and having it in their face.

[It’s] any excuse to use your imagination.  It’s also an excuse for people to come up to me at the end of show.  It’s a way to promote conversations and communication.  If they have ideas about what things are, they can come talk to me about it.  Some people are too nervous to talk to us, and this can give them things to talk about.

Is it strategic to release albums so far apart, or is that just how it goes with your schedule and writing process?

What is your favorite part of touring?

Making new friends and seeing old friends and getting to go to cool areas around the country.  Getting regional food and drinks.

What is next for Pinback?

We do a lot of touring.  We are talking about whether we want to do a new record or not.  If we do, we try to do it in a way that wouldn’t take five years.