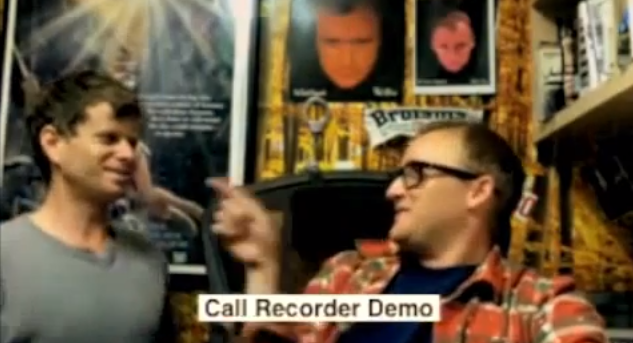 Kut U Up is a band that I hold very close to my heart. In 2002, they went on the Pop Disaster Tour with blink-182, Green Day, and Jimmy Eat World. Their tour was documented in the film Riding in Vans with Boys.

Throughout the tour, Kut U Up is portrayed as a group of ne’er-do-well punks wreaking havoc and creating chaos. Aside from making you instantly love them for their hilarious- albeit inappropriate- shenanigans, Kut U Up manages to make an impression as a truly solid band. I’ve been rocking their one and only album for almost 10 years.

Now, the guys are back making music, getting ready to come out with a new album, and gearing up for their Australian tour in January.

I recently (virtually) sat down with guitarist/vocalist Brandon Parkhurst and bassist/vocalist Chris Cote via the wonderful world of Skype to discuss where the guys have been, what’s happening on the album, and what their plans are for the future of the band.

Heads up: I downloaded a terrible free Skype video recorder to do this interview, so yeah…there is no way to get rid of the words “Call Recorder Demo” across the screen.