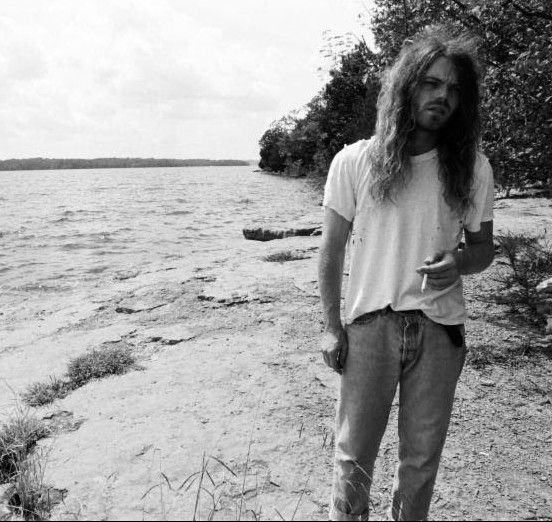 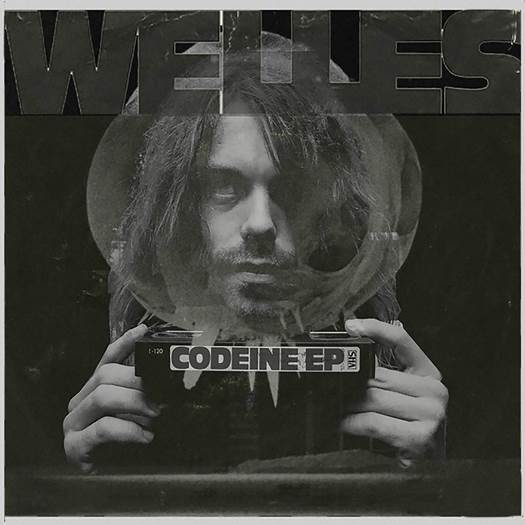 “My hope and my long term plan is to tour extensively and never let my feet touch the ground,” Jehsea Wells tells me of his grit-rock three-piece, Welles, who dropped their debut EP today under C3 Records.  I think he’s got pretty good odds.

Wells, who recently made the move from Ozark, AR to Nashville, TN, is the mastermind behind Welles, writing songs that tear up your throat almost as much as they tear up your heart.  He records all the vocals and instrumentals on demos in his room before taking them to the studio to lay down with session musicians.

The 23-year-old got hooked on great music at a young age (around the age when I was still only interested in boy bands whose posters I could kiss before bedtime).  He received a cassette tape of Sgt. Pepper’s Lonely Hearts Club Band from his grandfather when he was in the second grade, and he listened to it nonstop.

“From there, I wanted to play guitar, but I didn’t know that you had to put your fingers on the frets to make the different noises—I thought The Beatles were just moving their tuning pegs really quickly,” Wells laughs.  “So I broke a lot of strings.  I was a real dumbass.  But when I was about 12, there’s an old neighbor of mine who lived down the street, and he had me over to his trailer, and he tuned my guitar for the first time, and I got to see him put his fingers down on the frets to change the notes and stuff, and he taught me ‘Camptown Races,’ and I was like, ‘oh shit this is great.'”

Now constantly writing, Wells keeps a notebook with him at all times and fills it with poems.  He experiments with different rhythms, sometimes writing in quatrain, sometimes iambic pentameter, other times freeverse.  Separately, he’ll craft a full song and then look to his notebook to fill in the lyrics.  As another method, Wells also enjoys reworking and disassembling some of his favorite tracks.

“My favorite thing really for writing is to find a song that I really like, say like ‘Pale Blue Eyes’ by Velvet Underground,” he says.  “And so you just take that rhythm of it, and you just fill in your own lyrics.  I write my own ‘Pale Blue Eyes’ and let it sit for a long time until I forget how that song even goes.  And then I pick up the guitar and take my own stab at it.”

The key to his process?  Never overthinking a song he’s working on.

“I just never stop. It’s just a constant stream of consciousness, and then whatever’s good shines through, and we record and release,” Wells explains.  “I don’t much have the patience to sit with a song for more than two hours.  Because at that point, you’re just forcing it.  Once it’s forced, too many other thoughts come at you.  You’re just running with an egg in a spoon.  And it’s a very short race, but you just wanna get that egg there without breaking it open.  Because once it cracks, there’s absolutely no putting your song back together; there’s too many thoughts in it.  You thought about it too much.  You’re worried, ‘aw shit, this is a Lou Reed tune.  Oh no.’  Don’t think stuff like that.”

Check out the EP below, and then see what Wells has to say in his track-by-track breakdown below.

When I got to Tennessee, I felt memories from home fading and getting bland as the days rolled past in the new place.  Each line is a brief description of situations I was in at any given time over the course my few years out of high school playing in bands and living in northwest Arkansas. I wrote them down in hopes that I wouldn’t forget them, that they would jog my memory if I were to read the poem again.  As the stanzas progressed I thought ‘how fucked.’  That’s the chorus.  I’m already seeing those were formative times for me.  Smoking cigarettes in Wilson Park, playing cards drunk with all my friends, hearing constantly how everyone was sick of that town when at the same time no one was making any real effort to get out.  Gettin’ dosed down real heavy for the first time and getting scared.  They’re nightmares and they’re sweet dreams.  It’s my ode to home.

It’s about drugs.  The drugs doctors give you that are so good, they’ll literally ruin your life.  You’ll lose yourself, find yourself, kill yourself, and if you have any luck you’ll bring yourself back out of them.  You clear up and your brain readjusts and you see things for what they are after everything being grey and static and it’s beautiful.  Lovely, painted in color.

It’s me bitchin about a hard life.  Nothing’s been easy.  No money,always grinding, two steps forward and one step back.  Easy to get real down if you don’t have real friends.  It’s not a unique situation.  As far as not being ‘cut out for love’ that’s a throw away.  I love very much.  But when that anxiety kicks in everybody jus hold on, I’ll be back but I feel like I’m leaving.  Completely unwarranted apocalyptic and devastating feelings.

It was a quick write, a few personal lines mixed in with some kind of bare industrial infrastructure word painting.  Wouldn’t it be nice to smile brightly, or to have long lovely hands?  I don’t even know what I’ve done.

It’s a big apology for being a rotten hang sometimes.  I get heavy, my close friends are usually along for the ride.  I just wanted to them to know it’s not me.  I dig dumb video games and making blanket forts and gettin’ high and eating junk too.  There’s a kid in there.  There jus also happens to be a ten ton war medal that i didn’t ask for.  I jus wanna write songs and show them to the folks I love, and I want them to make their art and show it to me.  That’s what we did over on Space Mountain, trading demos, jammin’ in the dark, James and me making art and playing in bands and going to house parties and double wide backspace trailer shows.  Reality is heavy, and we’re all aging and dying and time keeps blowing past us, and it’s a tragedy to me.  I write the songs ’cause talking about it doesn’t do it justice for me.