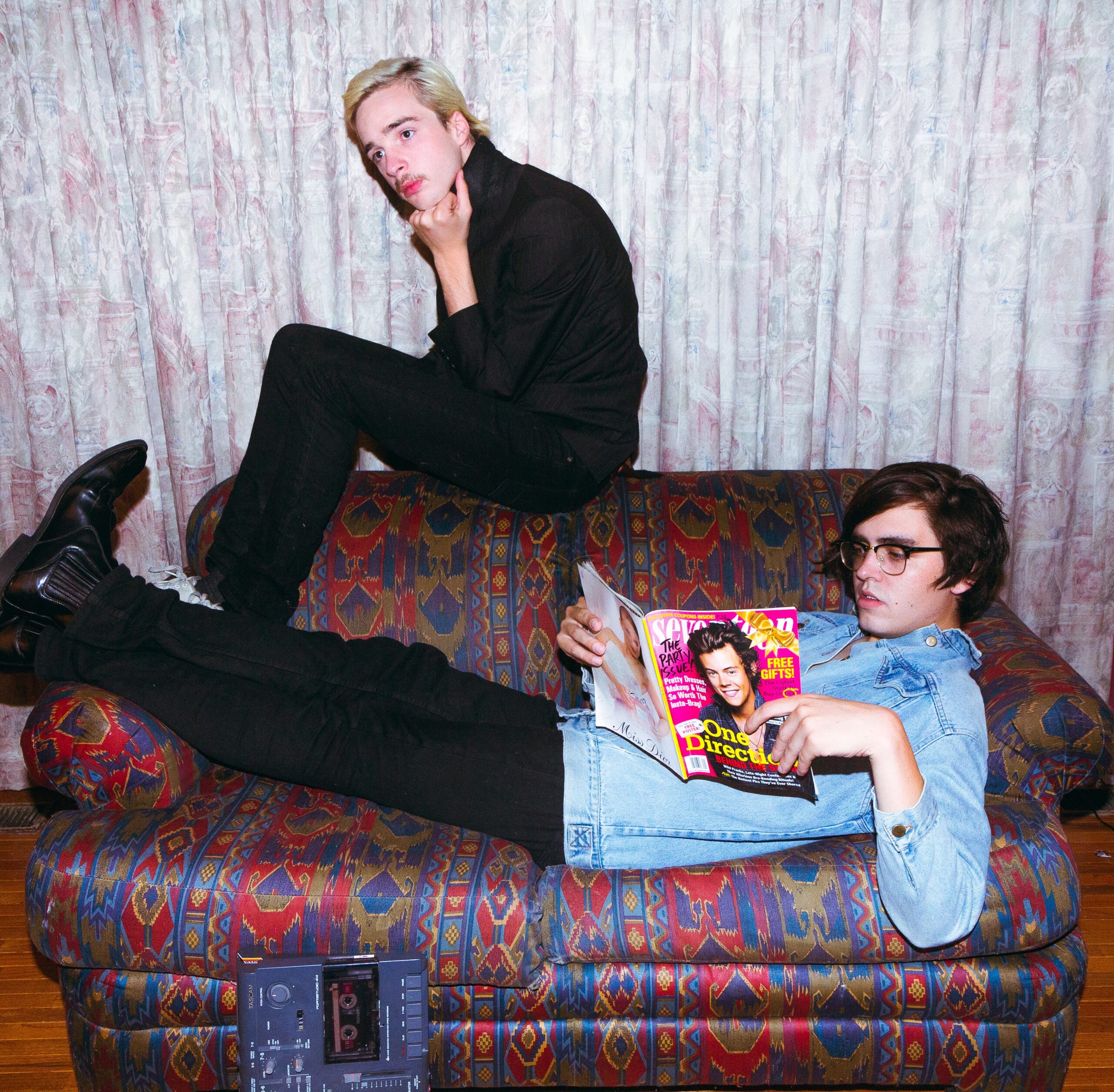 Robert McCurry and Caleb Dills of Superbody recently released their first album, Hades Land. With a deep and dreamy synth pop style, the boys from Chattanooga have made multiple appearances in Athens, Georgia. McCurry and Dills briefly talk about their fateful history and possible upcoming albums with an air of modest humor.

VM: Superbody is a relatively new project for you two and also pretty successful. What are the challenges, if any, of beginning this new duo?

Robert: Hearing the words “success” and “Superbody” in the same sentence makes my head hurt. I would rather not expand upon the details of the achievements or disappointments of this project at this time.

VM: You guys have a lot of help with your music videos from various friends. What is the creative process like when working with other people to get your vision across? “Wings 4 Two” and “Call Me That” really coincide with your experimental style.

Caleb: Yes, the multimedia undertakings of Superbody have so far been aided by extraordinary acquaintances who happen to share our same vision. If I could afford a video camera you would not be asking me this question.

VM: How did you two get together to form Superbody? And how did you come into your own style?

C: We’ve said it once, and we’ll say it again. We started making music at Ricky’s Crab House on 5th and Broad. Robert had a tune. I had a beat. The end.

VM: Although you two are from Chattanooga, you play a lot in Athens. Is there a difference between the audience’s responses in the two cities? Is there any particular reason you like to play in Athens, as opposed to Chattanooga?

R: I love my children here in Athens, Georgia. I’ve developed a paternal relationship with the youth of Athens in the past few months. They give. I take.

VM: I noticed at your show in Athens that you were selling tapes of Hades Land? Why that medium? Do you also sell CD’s?

C: One crisp autumn morning, the type that you could take a bite out of if you really wanted, the cassette tapes for Hades Land appeared on our doorstep. I will gladly sell anything with our faces on it for pure profit, especially if that product is a gift. If you have any gifts for us that bear our likeness please do not hesitate to reach us by electronic mail at superbodymusic@gmail.com

C: If the stars align and we don’t get drafted into the war, you can expect some new media sometime in the future.

VM: Based on your experience with your first album, is there anything you’d like to improve or change for your next album?

R: First off, we’d like to get this stray pack of dogs out of our studio! If you listen to Hades Land very closely you’ll hear ‘em! Those damned things are a headache and a half!