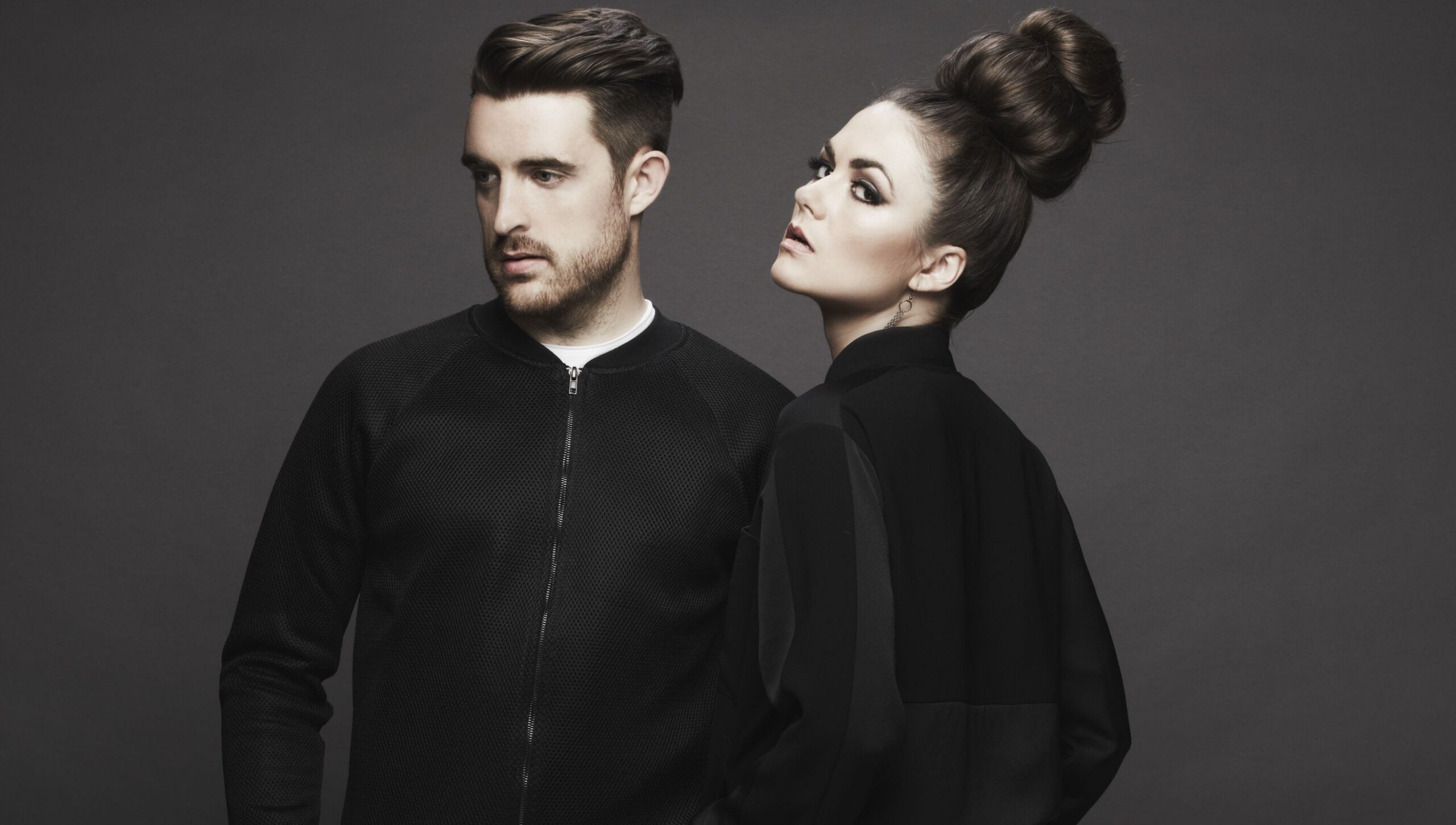 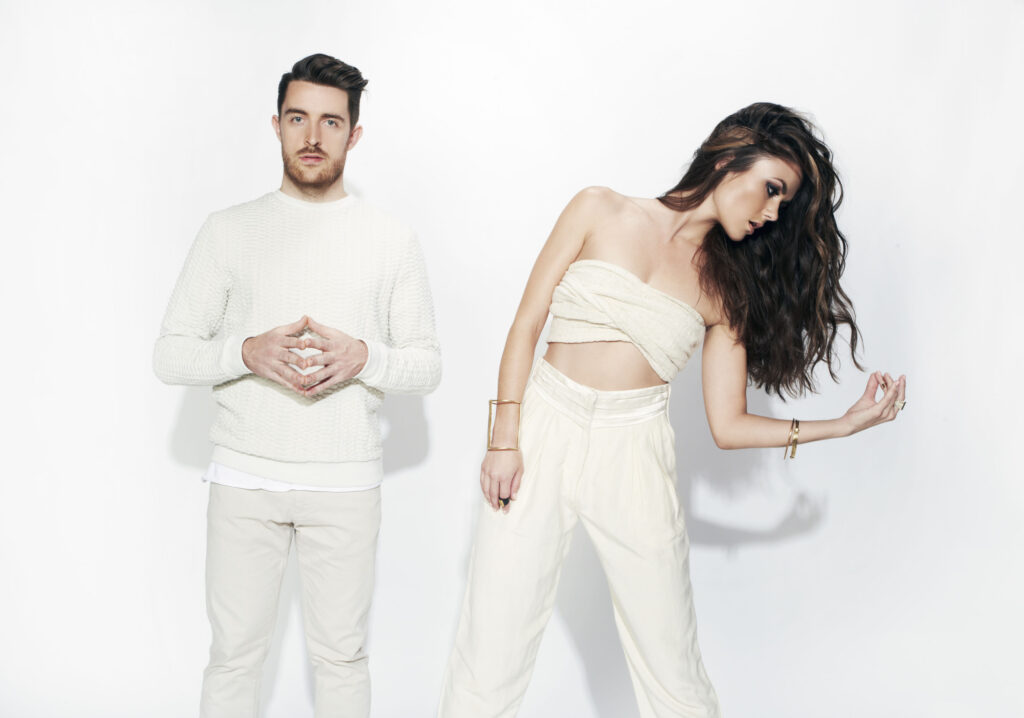 New York electro-pop duo Lonnie Angle and Thomas Dutton got their start in a pretty unusual way—they met while working on a musical. After dabbling with their sound in the studio on the side, they decided to really put all their effort into making music, and Cardiknox was born. We sat down with the duo as they returned to NYC to talk inspiration, songwriting and plans for the future.

Vinyl Mag: Tell us about your single, “Doors.”  Where did you get the inspiration for this song?

Lonnie Angle: “Doors” actually started as a dream. All songwriters have had this happen. They wake up in the middle of the night after dreaming of what seems like the world’s greatest melody. They fumble for their iPhone and record a sleepy, mumbled version of the melody, and go back to sleep. Usually, though, when you listen back in the morning, it’s a horrible melody that makes no sense. Not with “Doors,” though!

The initial dream also saw the song as more of a hip-hop song. On the production side, Thomas is hugely inspired by the simplistic power carried by a Drake or Kanye beat. So we tried to keep the music really simple and anthemic. Lyrically, it’s all about perseverance. Not losing self-confidence in the face of adversity. Believing in the outcome.

VM: What is your greatest accomplishment as a band so far?

LA: We just finished a few weeks of touring in Europe, which was a dream come true. Belgium, Amsterdam, Paris, and all over England. We didn’t know quite was to expect, but the shows were incredible. The kids at these festivals go nuts! It was so fun to play for crowds who have so much energy. It makes the performance so easy, because you’re just feeding off them.

VM: How was playing a festival like CMJ different than playing small clubs on a regular night?

LA: CMJ is always a whirlwind. In the best possible way. As long as you go in knowing that everything is going to be a bit of a mess, then you’ll be fine! There’s always twice as many bands on the bills, and there isn’t always a strong connection in the overall sound of the lineup — it’s a bit more random. But unlike playing a normal show, the whole city feels alive and electric (even more than normal). There’s this buzzing in the air, and you’re running around from show to show, not getting any sleep. It’s the best! Though I’m glad it’s only a few days every year…

VM: What was your favorite moment of your CMJ week?

LA: We haven’t played NYC in a hot second, so seeing all the familiar faces and all our friends come out was pure joy for us. We got to play some of our favorite spots, too — Webster and Brooklyn Bowl. Mmm their fried chicken… so good. Honestly I don’t know if there’s one singular moment that sticks out. It was just so great to be back in NYC, in full swing. Such a magical place.

LA: Yes! Our next single, “On My Way” … [released October 30!] We’re really excited about releasing this song. We’re shooting the music video for it in a few weeks, too. We’ve been putting a ton of work and energy into the video, so we’re really stoked for that as well.

VM: If you could play any venue in the world, where would it be?

LA: Well, a few months ago I would have said The Gorge, up in Washington, but we got to play there at Sasquatch Festival. On second thought, that’s definitely up there on our list of biggest accomplishments. Thomas and I grew up in Seattle, so playing The Gorge has always been a dream.

Other venues on our bucket list are Red Rocks and Madison Square Garden. Hopefully someday soon!

VM: What is your songwriting process like? Do you draw inspiration from any other artists?

LA: We normally start with a certain lyric or concept that we want to write about. That’s often the hook and we’ll build a simple progression around it on the guitar. From there, sometimes we write the verse or pre-chorus and create a full skeleton of the song. Once the song is written, Thomas builds a beat around it, and starts creating the soundscape. Obviously it’s not always that linear. You never know when or where inspiration is going to strike.

VM: Do you prefer to play live shows or be in the studio working on something new?

LA: I love performing. It makes me feel completely alive and uninhibited. There’s something magic that happens when I step on stage—all my fears and anxieties about the world … all of the noise and chaos just falls away and it’s a kind of bliss.

VM: What artist would you most like to collaborate with?

LA: Thomas would probably say Drake. I’m pretty obsessed with Christine and the Queens. I’d love to collab with her in some way.

VM: If you could describe your sound in a single catchphrase, what would it be?

LA: As addictive as truffle fries.

VM: Do you have any pre-show routines or rituals?

LA: I always have a whiskey and jump up and down for about five minutes to get the blood moving. Thomas gets quiet and introspective … mapping out the show in his head.

VM: What is next for Cardiknox?

VM: Anything else you want Vinyl Mag readers to know?