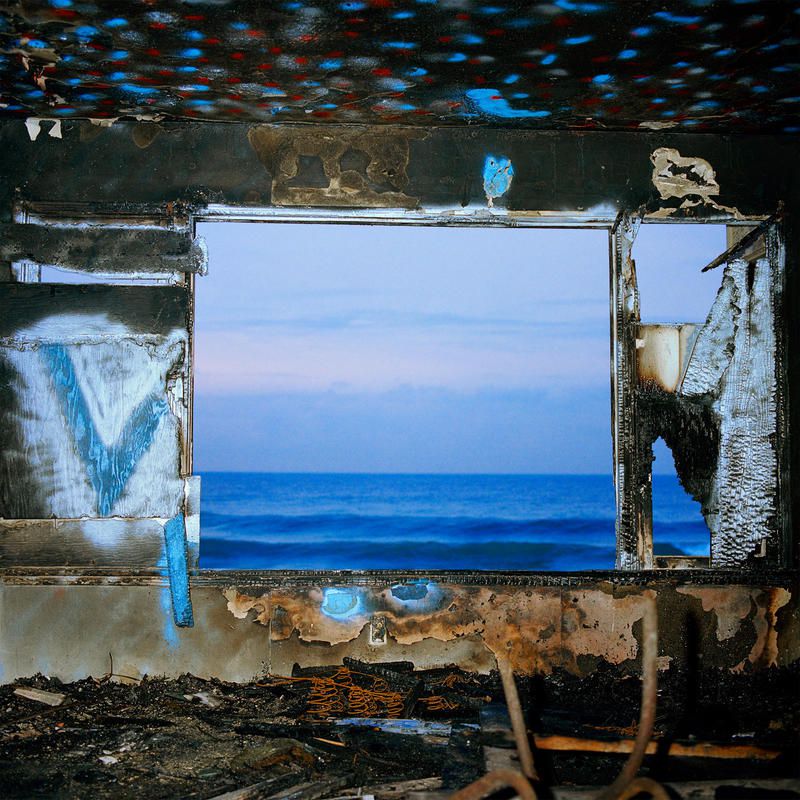 While Deerhunter usually takes an upbeat, noise rock approach in their earlier albums, Fading Frontier exhibits a softer side. Deerhunter stays true to their experimental rock distortions but incorporates a dreamy 80’s synth-laced sound. The indie rock group recently released two singles from Fading Frontier, “Snakeskin” and “Breaker,” two of the more energetic tracks on the album. Check out Vinyl Mag’s review of the music video for “Snakeskin.”

Deerhunter’s previous album, Monomania, relied heavily on raw vocal distortions. While Monomania adhered to Deerhunter’s experimental style, Fading Frontier trails off towards a style of airy dysphoria. While “Snakeskin” initially portrayed a vibrant atmosphere, it is only one of the few upbeat tracks on the album. “Breaker,” another upbeat single, exudes a west coast, surfer vibe. Tracks like “Living my Life” and “Take Care” use a romantic echo effect, overlaid with simple melodies. High-pitched string instruments and twinkling piano sounds create an eerie effect, as heard in “Leather and Wood,” but the album still maintains Deerhunter’s cohesive rock sound.

The album ends with “Ad Astra” and “Carrion,” two tracks that purposely coincide, but why? “Ad Astra” is Latin for “to the stars.” The track ends with a vintage sound clip of a man singing in a Harry McClintlock style, “I wish I were a mole in the ground.” “Carrion” picks up where “Ad Astra” ends as front man Bradford Cox sings in an upbeat tone, “I will become a mole in the ground…It’s much too deep. What’s wrong with me? I can not see.”

In an interview with Stereogum, Cox explains, “There’s no difference in you telling me what you think the song is about and me telling you what I think the song is about, because neither of us are right or wrong.” The album comes together in its unified style. The concept of Fading Frontier coincides with the spacey, dream-like melodies of the album. Perhaps the album isn’t meant to be deeply analyzed but rather listened to as a whole; that is when the true talent of Deerhunter reveals itself.