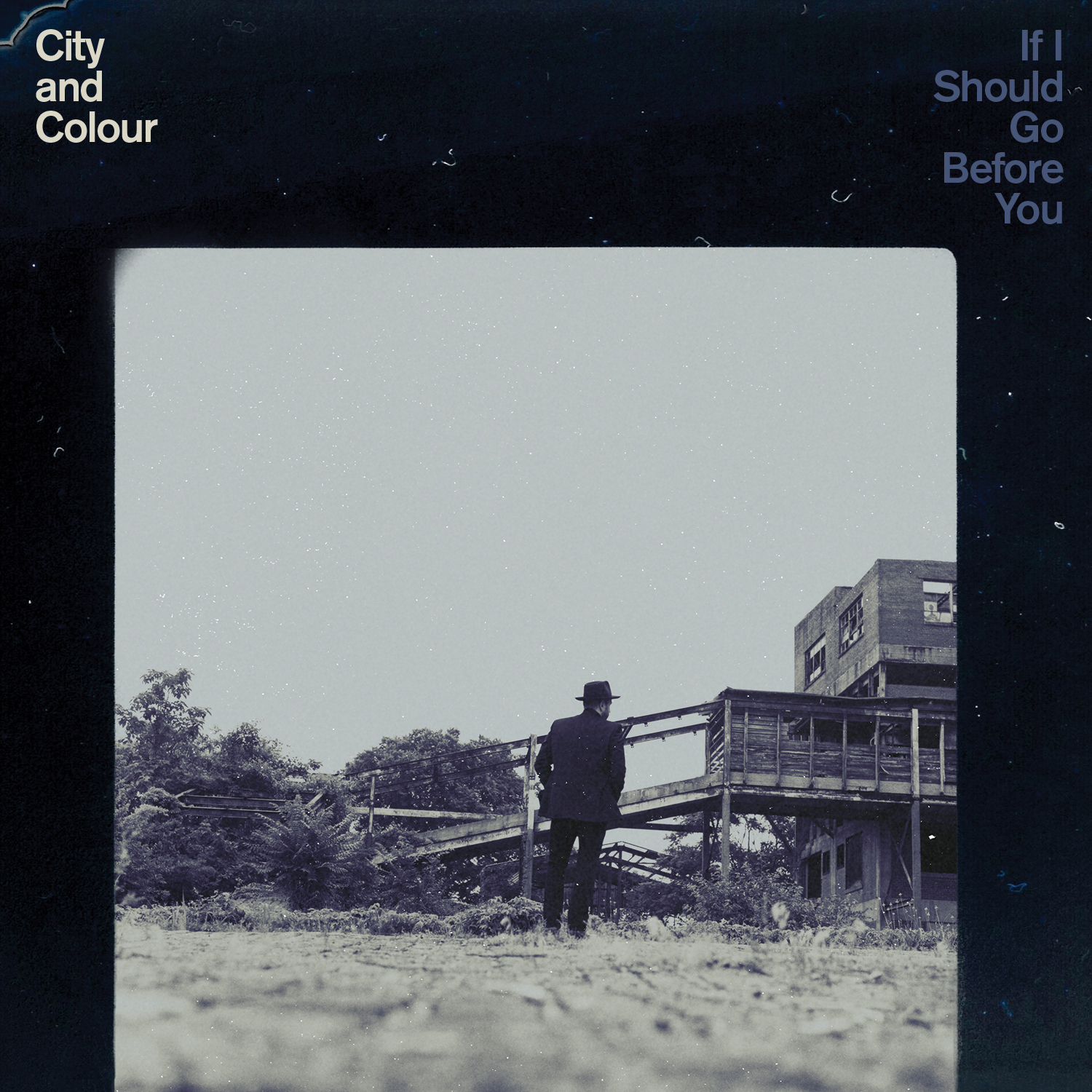 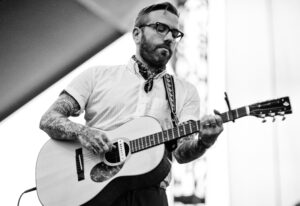 If I Should Go Before You is the fifth studio album by City and Colour, and it’s definitely a ride.  The main themes of the album revolve around self-rediscovery, unrequited love and being lost within oneself.  It’s very easy to see that Dallas Green has lost himself, both lyrically and musically.  If I Should Go Before You brings a lot of different elements together in a way that is confusing and accumulates into a heaping pile of questions.  From the use of heavily synthesized western jangle-pop for the majority of the album to the constant repetition of lyrics, there’s a lot going on.

The album starts off with “Woman”, which was released as a single in July.  The characteristic high and light voice of Dallas Green is very audible, but the real stars of the song are the backing layered guitar pieces.  The whole drowning and weaving into a dreamy rock sound can work for some artists, but when you have a voice as smooth as Green’s the overall sound comes out as very disjointed.  Having that for a complete 9 minutes and as the opening song brings no real excitement, especially since the lyrics are few and far inbetween once you get rid of the ones that are repeated.

“Northern Blues”, or ‘that drum beat and synthpop combo familiar from 80s cop drama car chase scenes’, really sets the bar high for imitation sounds.  It seems like the heavily produced albums are a popular trend right now, but for City and Colour the connection just seems forced.  Lyrically, Dallas Green is still pushing through.  From repeating “I can hear the devil whisper, pay no heed to what he said”, it’s obvious that Green is fighting some inner demons on this album.

Complete with little synthesized keyboard riffs and a bizarre rock-band guitar progression in the middle of the song, “Mizzy C” is easily one of the most confusing songs on the album. About depression and routine of self, the track goes over touchy subject matter, but the accompanying melodies do the lyrics no justice.

Then, out of nowhere, comes “If I Should Go Before You”.  The track that shares the same name as the entire album should be an accumulation of everything the album represents, and this track is quite the opposite.  There is a lot of drawing from other pieces on this song, especially for the lyrical content.  The song reminds too much of the poems “Do Not Go Gentle Into That Good Night” by Dylan Thomas and “If I Should Go” by Joyce Grenfell.  The lyric “dying in the light of day” is too close to “rage against the dying light”, and “if I should go before you” is almost identical to Thomas’s “if I should go before the rest of you”.  Another complaint would be the slow electric blues sound, because it doesn’t seem to work well with a minor key-then major key in the chorus.  It could just be personal preference, but the surrounding music doesn’t connect with the sadness and overall meaning of the song.  It seems very uncharacteristic of Green’s work, and that is off-putting.

Tracks five and six, “Killing Time” and “Wasted Love” respectively, continue moving at the same pace as the first leg of the album.  Green sings “lately I’ve been thinking about just who I’m supposed to be” in “Killing Time”, and that is evident in the progression of If I Should Go Before You.  For right now, Green continues to draw inspiration too close to that of others.  “Wasted Love” sounds eerily similar to “Tainted Love” by Soft Cell, and starting off the song with the phrase “careless love” doesn’t help make a distinction between the two.

The hidden gems of If I Should Go Before You are the last three tracks.  “Map of the World” has the right idea, bringing together the mix of western flair and indie pop until it meets right down the middle.  The track offers more acoustic instruments that compliment Dallas Green’s voice better than the heavy electric ones do, and it showcases his smooth folksy Morrissey-esque voice a bit more.

“Friends” follows the suit set by “Map of the World” and shows what could have gone right with the album if he had followed that same pattern.  The combination of a little steel guitar with overarching acoustic guitars makes a much better impact than all of the synthetic sounds.  This continues and ultimately finishes in the final track “Blood”.  Why couldn’t the whole album be like these songs?  Maybe as a comment on the self-discovery found in so many of the songs prior, “Blood” sounds like Green’s true voice and not what he was trying to be earlier in the album.  The addition of the female vocals harmonizing with Green’s for the last set of lyrics “I think we finally found a home in this place” and “I know there’s beauty buried beneath” complete a full circle of resolve within the confusion.

Overall, City and Colour brings an interesting commentary on their typical folksy sound mixed with the current popular trends in music.  They show that it doesn’t work for everybody, and that is okay.  If I Should Go Before You has redeeming parts, and will leave newcomers content but possibly push away more traditional listeners because of the difference in technique and style.  It’s not a bad album by any means, but it’s also not the best.