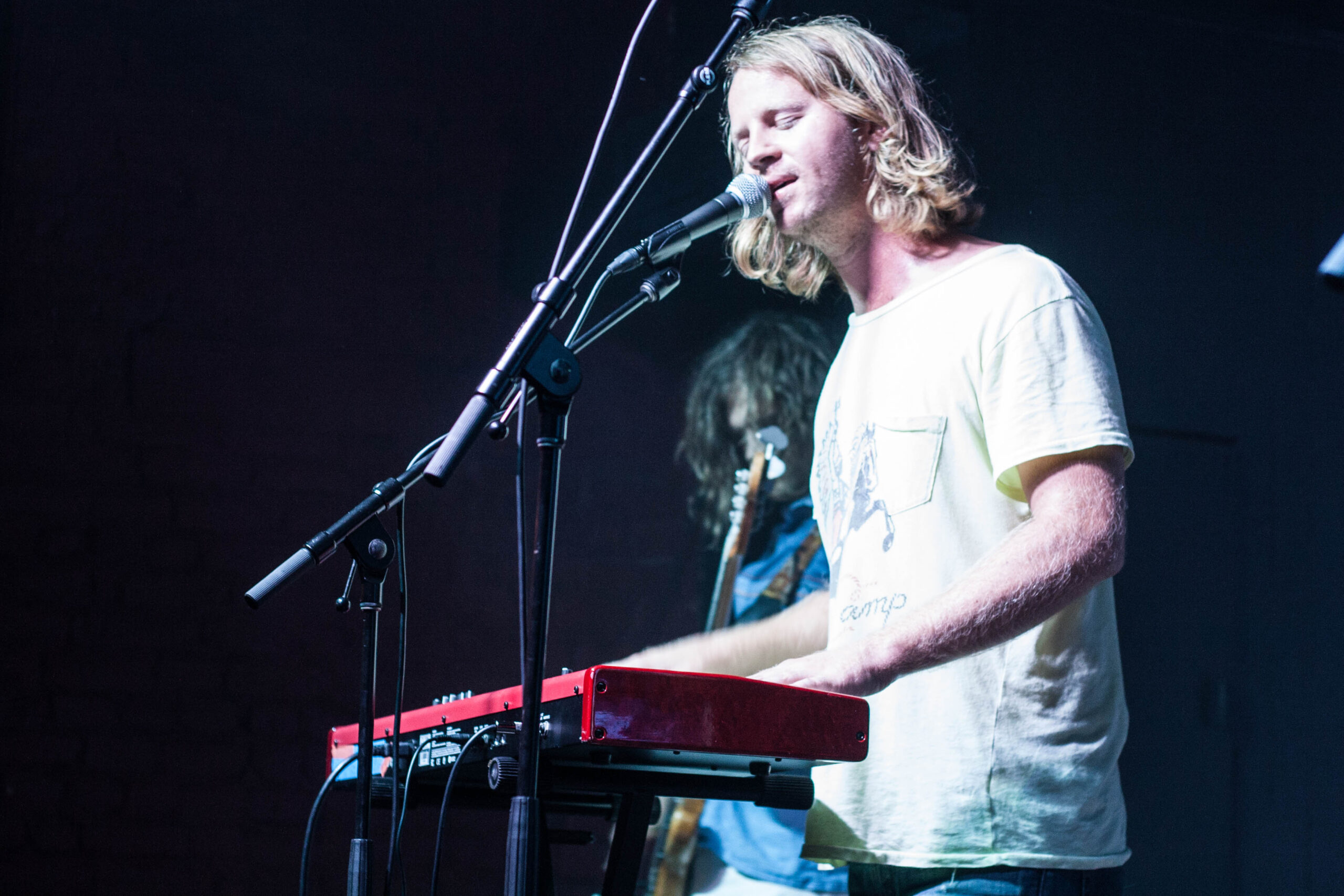 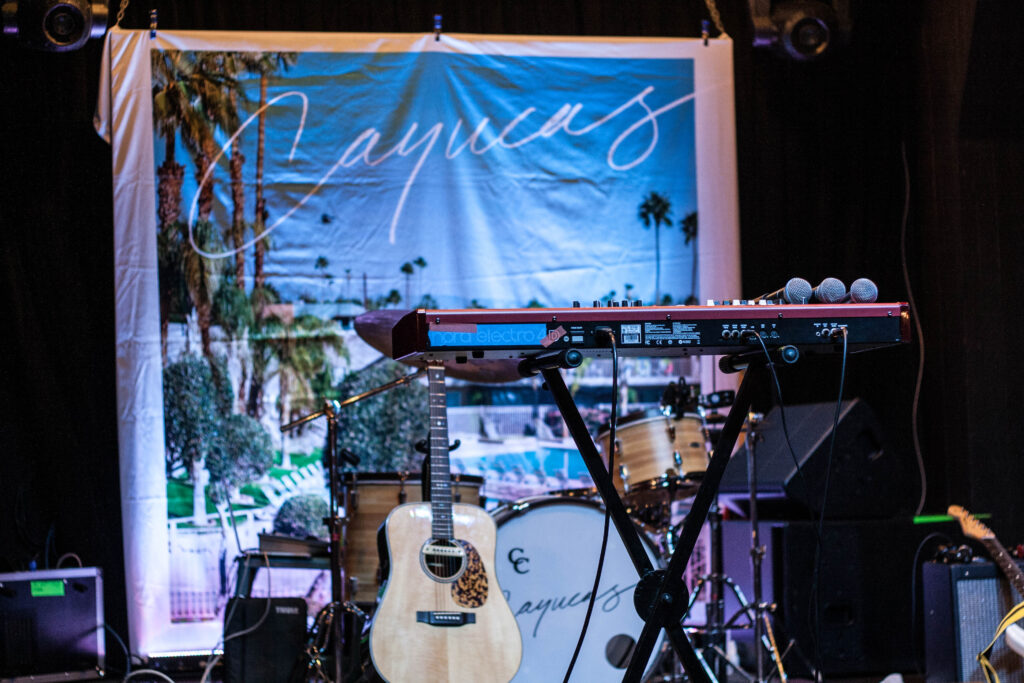 Cayucas, helmed by twin brothers Zach and Ben Yudin, named themselves after “a sleepy little seaside town” in California, and you can almost hear those rolling waves in their music. It’s dreamy, sunny, and just plain makes you feel good, the same way an ocean breeze kisses your cheek and puts a smile on your face.

They brought their summery vibes to the Parish in Austin last Sunday night, with Seattle surf-rock band Hibou opening the night. Hibou is the new project of 21-year-old Peter Michel, former drummer of Craft Spells. The energy these kids brought arguably stole the night for me, at least in terms of surprise. I wasn’t familiar with their music previously, but with Michel dancing around the stage barefoot and his lead guitarist in old-school Adidas flip flops and a massive grin stuck on his face, I couldn’t help but be enchanted. Keep an eye out for these guys; their debut record is coming out this fall on Barsuk.

Cayucas carried some of that energy into their headlining set, opening with their most recent single, “Moony Eyed Walrus,” and heading straight into another fairly upbeat track “Hella,” both off their new album Dancing at the Blue Lagoon.

The rest of the evening felt a bit more subdued, moving through a nice selection of their sway-enducing singles including “Cayucos” (the name of the city from which they take their name) and “Will, “The Thrill”” (one of my personal favorites… something about the line “oh my God, is this really happening to me?” gets me every time).

The definitive song of the night may have been “Blue Lagoon,” which saw Zach Rudin back on guitar after a few songs on keys and one which he provided only vocals. It’s super sharp, jangly guitar sounds had the entire crowd swaying along and it seemed to be one of the most recognizable for the room.

The next song, “Ditches,” slowed things down in a big way, followed by “Deep Sea” and “High School Lover,” which was written about Zach’s high school lover, who has apparently gotten married since and doesn’t know the song was written about her. This was one of the rare moments of banter between the band on stage; they weren’t a very talkative bunch. They did, however, make time to shout out Hibou before leaving the stage. There was mention of a Matt Damon impression, which we were not treated to, but watch out for the Hibou bassist busting that one out somewhere down the road.

Cayucas may not have provided the most energetic of performances, but it seemed to fit with their hazy tones, perfect for lazy summer days, and appropriate for the lethargic tendencies that Austin’s summer heat can bring. 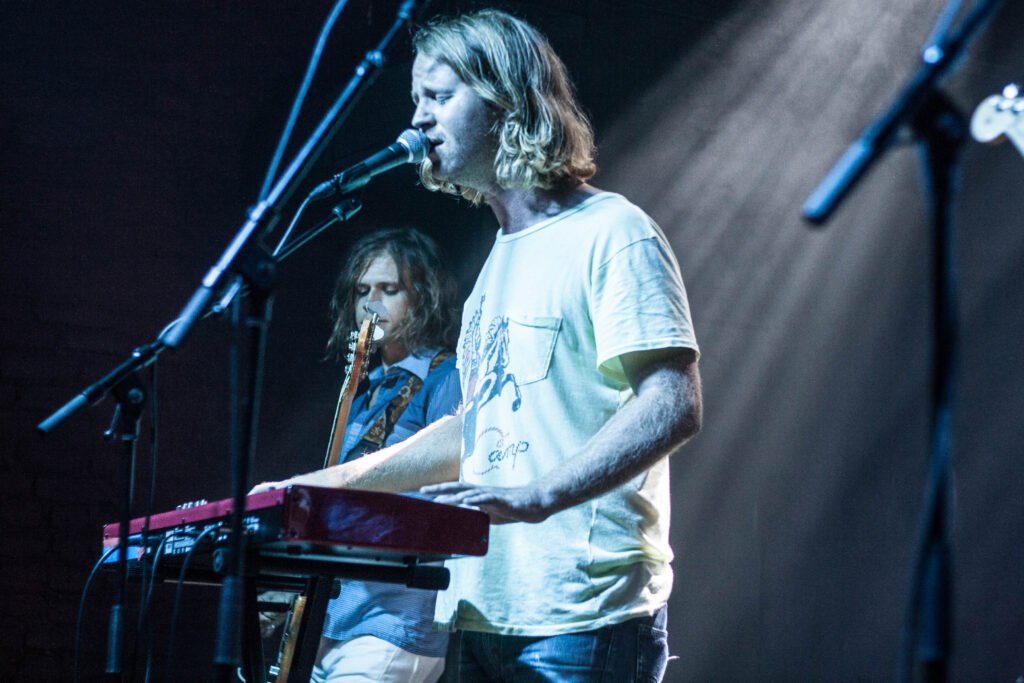