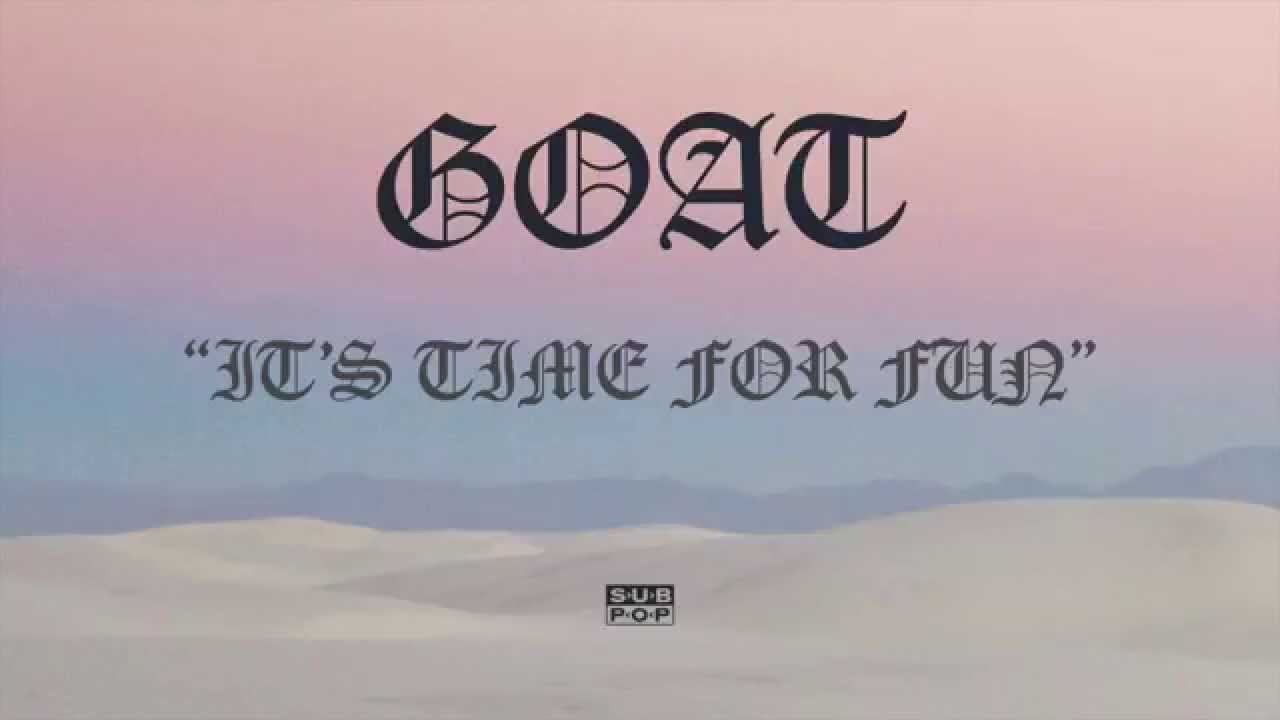 It’s usually a safe bet that strange things are a-brewin’ in Sweden. Despite its chefs and furniture outlets, the country is no less mysterious to the general public, so freak folk collective Goat have stepped in to fill in the gaps. Sort of. Not much is known about the group’s members – they claim to have over 100 of them, all of whom are able to channel ancient Swedish voodoo, thanks to a magik-giving witch doctor who blessed Goat’s supposed hometown of Korpilombolo with special talents. Since then the villagers have been unable to halt the trance music within, pumping out nod-off after sonic nod-off. Sure, this is a tale even the least skeptical citizen would have a hard time swallowing. But we can let the Swedish weirdos have their origin story whimsy if it means more songs like “It’s Time For Fun”.

The four-minute track is hypnotic, always skittering just off center but never losing focus. Throughout, a dead ringer for Nico shouts vague affirmations from atop a mystical Swedish mountain: “Takes off your clothes / Throw down your guns / No time for problems / It’s time for fun.” With all the guns, problems, and clothes in the world, you don’t need to tell us twice. Though the song doesn’t change up its basic premise at any point, it sounds too fresh and interesting to get old.

The single is being released worldwide on three different labels: Sub Pop in the U.S., Stranded Rekords in Scandinavia, and Rocket Recordings for everyone else; each release will have slightly varied cover art and all will be for the Greater Glory of the Oracle Ogdou, Praise Be Unto Him, Thank You Very Much.