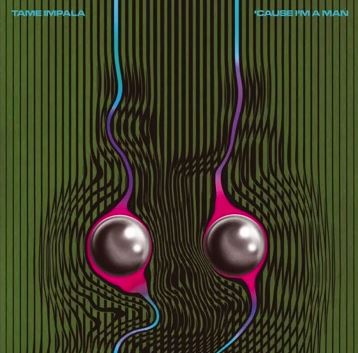 In the second single from Tame Impala‘s upcoming record, we find band mastermind Kevin Parker imploring his ladylove that he’s really sorry for hurting her feelings – but he just can’t help it, because he’s a dude.

Okay, pause. The song as a song is sublime Impala – pleasantly sluggish psychedelic garage rock that sounds like it was recorded at the wrong RPM on a vintage tape machine. It’s great music to listen to if you’re laying out, chilling in your room, or – and I’ll say it because we’re all thinking it – doing drugs.

Appealing sonic features aside, the whole premise of the song is a bit of a turn off. It reads like a bad non-apology that excuses bad behavior – “I’m sorry for what I did, but I couldn’t help it; this weak response excuses the same bad behavior in the future. Whew!” If this were being expressed through a veil of self-aware irony, that’s different. But Parker sounds genuinely saddened by his seemingly un-reign in-able self. “I have a conscience and it’s never fooled / But it’s prone to being overruled” he pleads to his woman, claiming to possess an emotional intelligence that he simply chooses to ignore at his convenience. We know you’re better than this, Kev!

Tame Impala’s new record Currents will be released later in 2015 on their new label, Interscope.