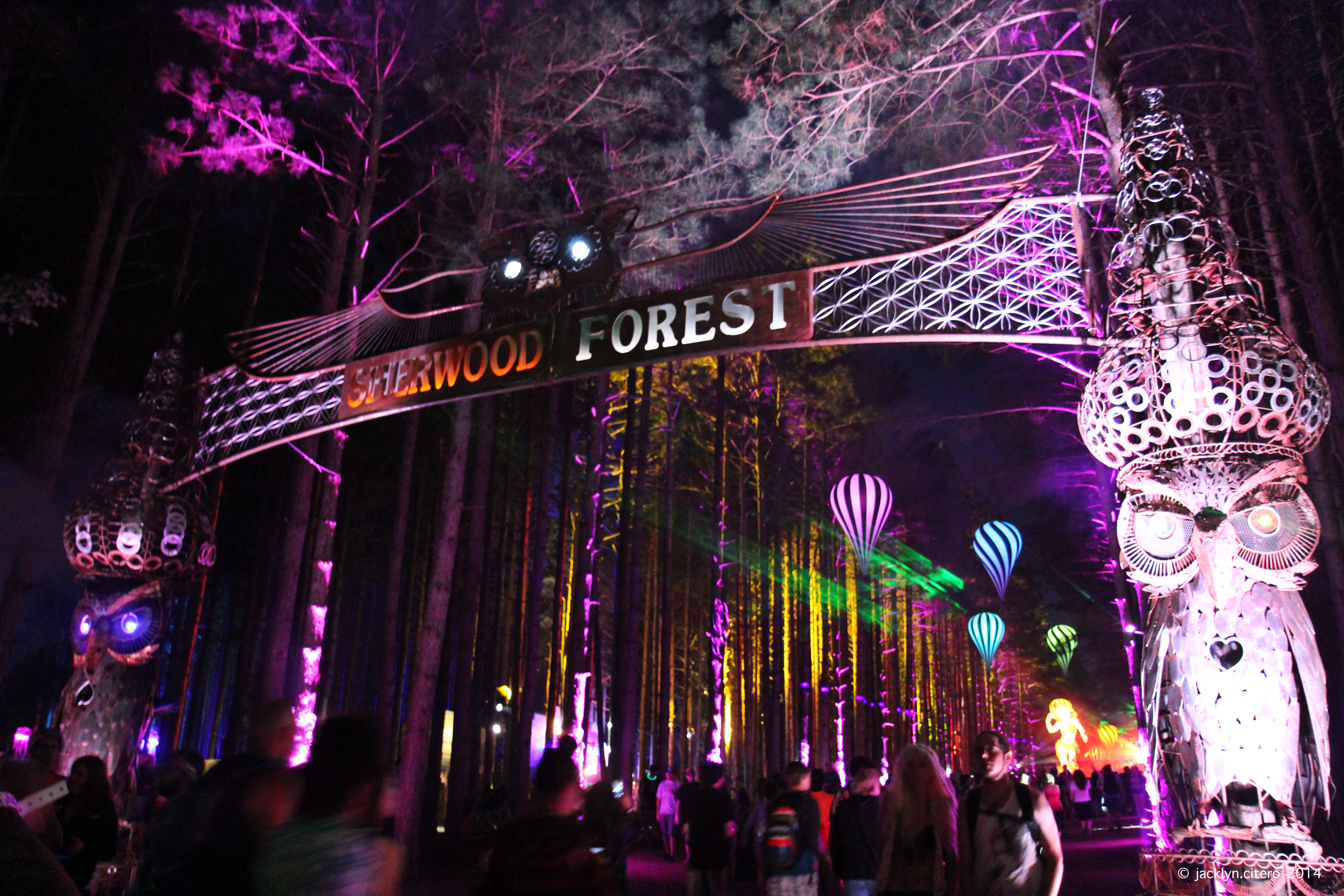 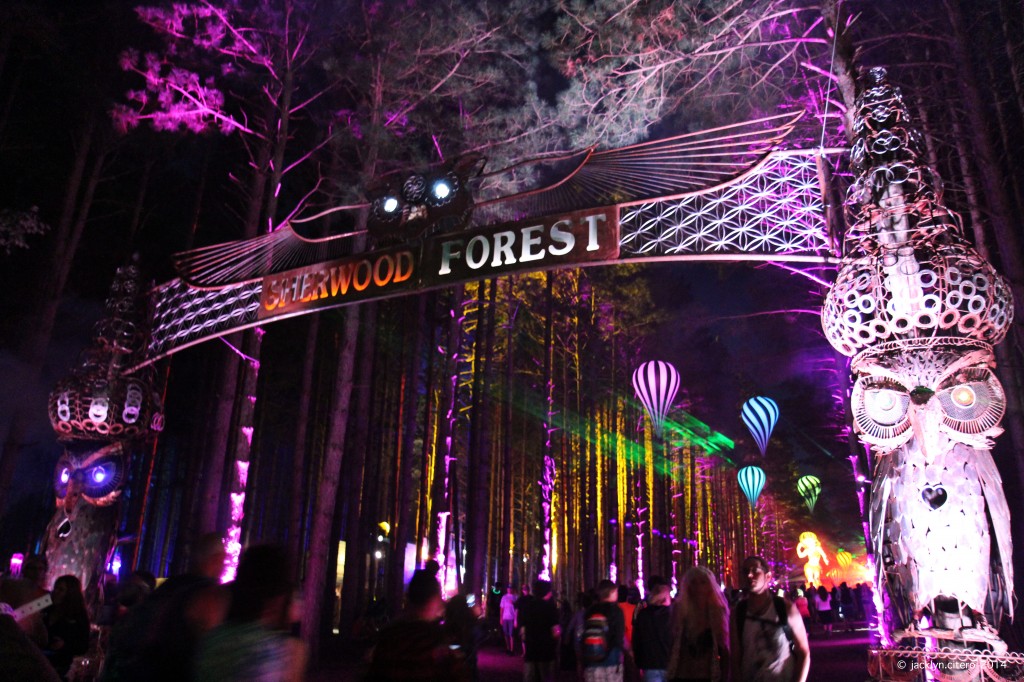 Imagine a place where you can immerse yourself in total freedom. A place where responsibilities of the daily grind are abandoned and your inner child is encouraged to come out a play. Inhibitions, judgements, and preconceptions dissolve away with every smile and hug exchanged with a stranger. And that worldly concept of “stranger” fades as old and new friends become a part of this forest family and community.

Envision a world where Mother Nature’s beauty is enhanced by the audible and visual delights of artistic wizards; an environment where all human senses are stimulated and the concept of time is nearly nonexistent. Whether a newcomer or Electric Forest veteran, this festival is something special to all of those touched by its magic.

Over the four days at the Double J Ranch, we were truly treated to the splendor of such a treasured venue and special event. It is a challenge to fully describe what is experienced at Electric Forest and although many times impressive, photographs do not do this festival justice. Days later we are still taking everything in and we have comprised a list of our top favorite moments from this year’s Electric Forest.

Sensational Covers: Some of our favorite covers of the weekend came from Umphrey’s McGee, The String Cheese Incident and from the ever surprising Ms. Lauryn Hill Incident. Umphrey’s orchestrated the party Thursday night at the Sherwood stage with their stellar two-set show that included their concoction of “Come As Your Kids”-Nirvana’s “Come as Your Are,” and MGMT’s “Kids”- and Dead or Alive’s “You Spin Me Round” during the second set. The following day, and first night of three of Cheese’s Electric Forest performances, Cheese served up a funky danceable rendition of Chromeo’s “Bonafied Lovin.” Bob Dylan’s “Just Like Tom Thumb’s Blues,” The Police’s “Spirits in the Material World,” Fela Kuti’s “Zombie,” and Talking Heads’ “Crosseyed and Painless were also performed by Cheese over the weekend. When it came time for the Ms. Lauryn Hill Incident, we came with an open mind and we were impressed with the collaborative efforts that produced some of the best covers of the weekend including Stevie Wonder’s “For Once In My Life,” The Beatles’ “Something,” along with some Bob Marley and, of course, some Fugees throwbacks.

Totems/Rage Sticks: Love them or hate them, totems are here to stay. There seemed to be a lot more totems this year than previous years and the more the totems the more chance for creativity. Some of the top totems seen this year included one with Bubbles (from Trailer Park Boys) with some kitties which read “God, this place makes me frisky.” Another which spoke the honest truth read, “F**k Real Life,” and we cannot forget to mention the totems that read “CARL??” Props to everyone who got their creativity on with these, sometimes annoying, rage sticks and brought a smile to our faces.

Not All Who Wander Are Lost: Some of the best moments of the weekend were spent wandering in the Sherwood Forest both during the day and at night. A headliner in its own right, the forest is a pleasure for the senses. From getting lost in the art instillations, to the conversations with new friends, to (the occasional) losing track of time laying in our hammocks staring up at that blue Michigan sky peaking through the tree tops, to just sitting and watching the ever changing visuals make the forest come to life every night, and to even stumbling upon Super Tall Paul’s show after that second night of STS9 and hearing him break out in The Jungle Book’s “I Wanna Be Like You,” the forest is a magical universe all on its own. Differing worlds between day and night, taking time to explore and fall in love with Sherwood Forest alone is enough to make you never want to leave. 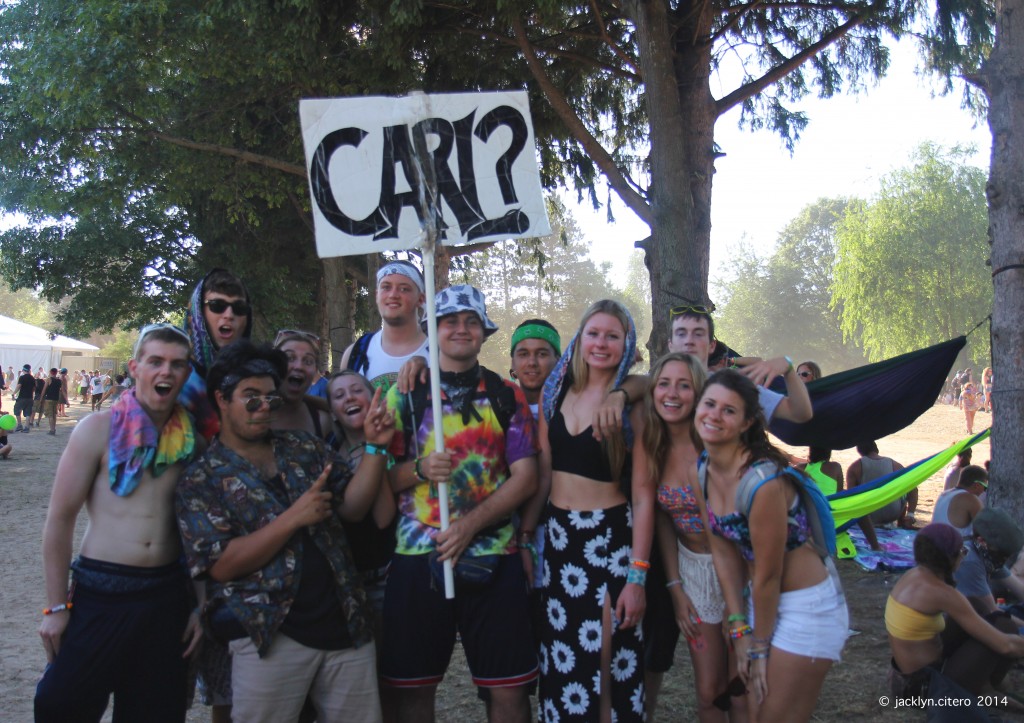 Wish Upon A Star: Now, this may be more of a personal favorite moment for us at Vinyl but one late night walking through the “secret” exit of the forest heading back to camp we happened to look up at the night’s sky and see a shooting star over head. If that doesn’t validate how enchanting this place is, we don’t know what else does.

Havarti Party: The String Cheese Incident knows how to throw a party or two and their performances at this year’s Electric Forest were no different. Going into their sets you know a spectacle is coming, but to what extent, that’s something you just have to wait and see. It was Saturday night, the second night of Cheese, and the second set started off with “Outside Inside” and ‘Valley of the Jig” while a video gamed themed extravaganza raged on, complete with gigantic inflatable Mario coin cubes, floating UFOs above, Pac Man stuffed characters on poles, full costumed dancers, butterfly confetti, lasers, smoke, and, oh, fireworks of course. This sensory overload of a party was ridiculous, insane, and unlike any other of that weekend. Everyone at this performance adorned a smile and there was not one still body in the Ranch Arena. The positive and electrifying energy of the crowd and the collective jaw dropping awe everyone was sharing in seemed to only fuel the band. Positive hoots and remarks could be heard throughout the crowd, we even heard someone calling this display a “Havarti Party”- that brought a smile to our faces. It’s moments and such celebrations of life like this that new and old Cheese fans don’t forget from a weekend like this.

Be Anything, Be Anyone: There is almost this sense of a judgement free zone when you step on the property that houses Electric Forest. This is a place to be free; a safe place to be whoever and whatever you wish. There is no dress code and being yourself is not only encourage but respected. If you want to let your freak flag fly, do it. If you want to wear nothing but body paint, you’re welcome to. This is a place where the mutual respect, acceptance, and support of fellow festival goers is almost unlike anywhere else.

Matt and Kim: First off, we cannot remember a time when an artist so openly talked about her lady parts…and we mean talked about it A LOT. From talking about shoving things up there to rubbing balloons on it before throwing them into the crowd…you get the picture. Shock value and apparent openness was there but it did not overshadow the afternoon party this duo brought to the Ranch Arena on Sunday. Matt and Kim’s intensity, vivaciousness, and love of what they do translated into a responsive crowd that fed off every word and action of Matt Johnson and Kim Schifino. It was hard to not be entertained from the two jumping around stage, Kim standing on her drums, throwing 300 balloons out into the crowd for them to blow up and even getting all the individuals with totems to move to one side. Fan favorites and the band’s hits were played, of course, and became a giant sing-a-long with the crowd singing every words back to them. 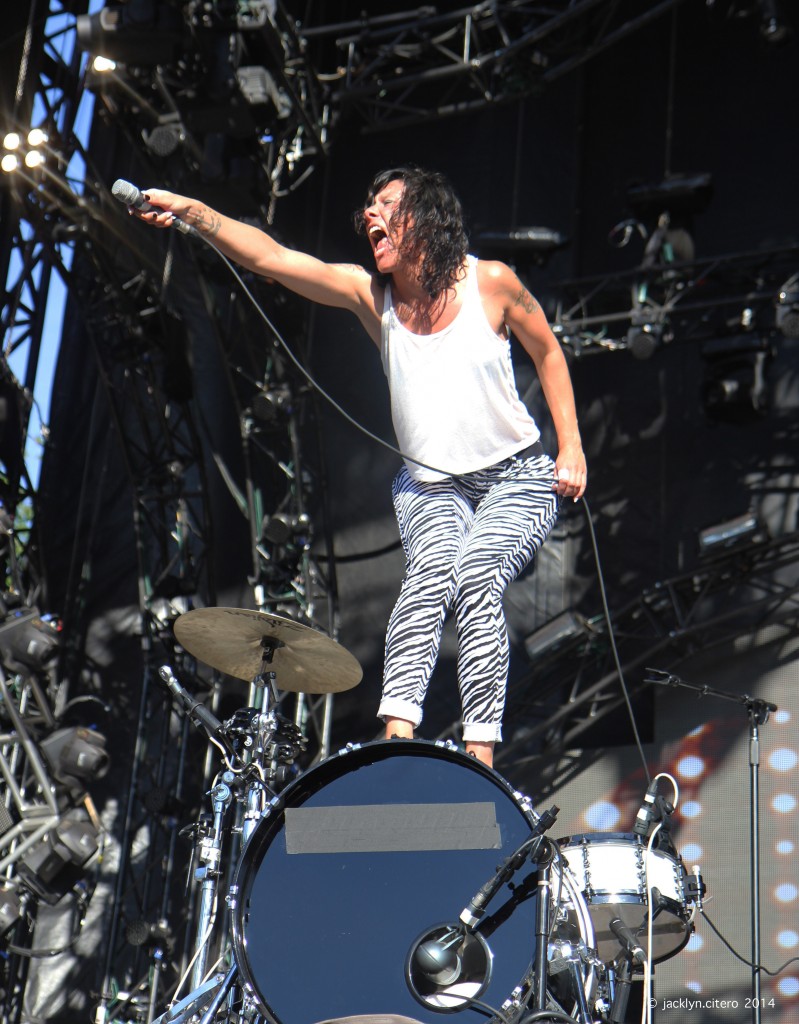 Until Next Year…: When was the last time you left an event, concert, anything really, where you exited and a collective cheer with clapping and happy yelling erupted? We couldn’t remember a time either… After Cheese’s third and final performance of the weekend we headed to catch Moby’s DJ set at the Tripolee Stage by the main entrance. While our minds were being blown by the fact that the DJ up there on stage was indeed Moby, we’re not talking your 1999 Play Moby, his set was interrupted by the news that a fierce storm was headed our way and everyone needed to leave the venue. It was an abrupt way to end the music that weekend, but the heads up to batten down our camp’s hatches was appreciated, aka throw everything in our cars and sleep in them for our final night. Leaving the venue was bittersweet; we were a tad solemn that the weekend was in fact over, but we were so grateful and extremely happy to have experienced such a magical event. The crowd as a whole seemed to be going through similar emotions and as the mass of attendees walked their final exit through the gates of Electric Forest, unified cheering and clapping broke out. The outburst was a shared thank you to everyone who had been involved in the weekend. 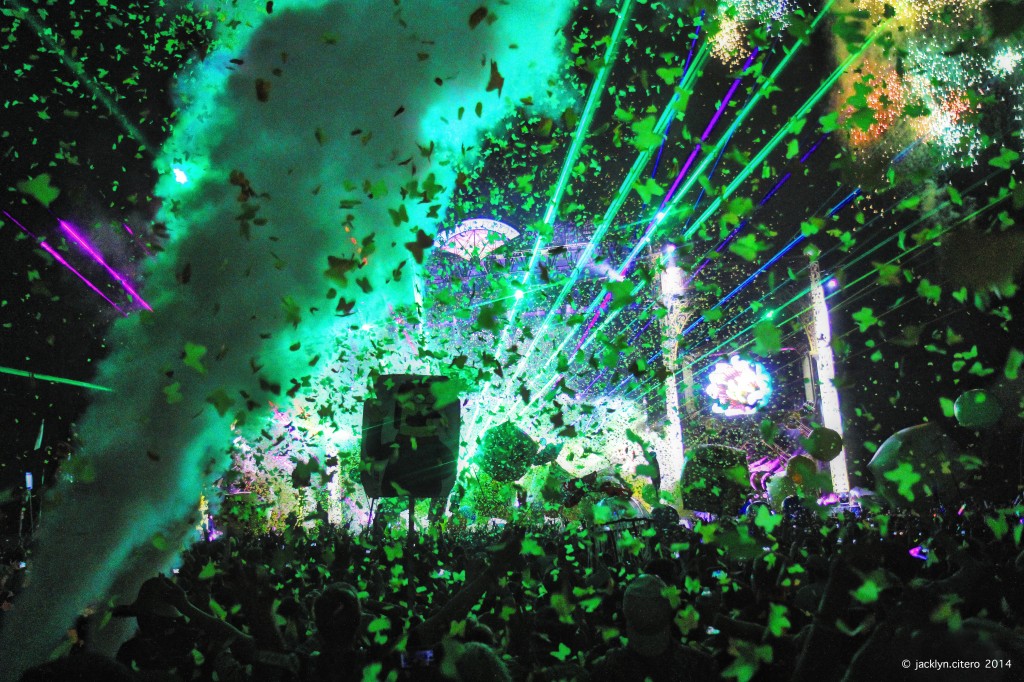 1 thought on “Vinyl In The Forest: Vinyl’s Top Favorite Moments of Electric Forest 2014”