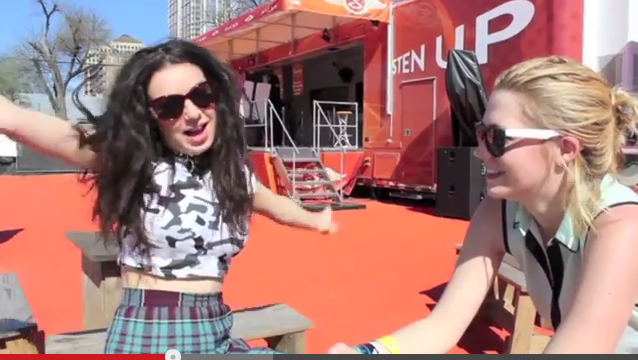 We’re hearing about her everywhere.  She collaborated with Icona Pop on “I Love It” (which we became obsessed with after seeing it featured on that episode of Girls…you know the one we mean…).  She has opened for Coldplay.  She’s just finished up a handful of shows at South by Southwest, and now she’s gearing up for her tours with Ellie Goulding and Marina & the Diamonds.

Charli is a badass.  I think that’s pretty apparent.  And she’s absolutely a true pop artist – but not a manufactured, formulaic clone popster like the ones dominating the radio (too many names…I cannot pick).  I got to see her twice at South by Southwest this year, and I can’t emphasize this enough- she’s the real deal.

So, in honor of my newfound Charli-love, I scored an interview with her so we could talk about her name, our mutual obsession with Girls, her collaboration with Icona Pop and her tour plans!

Enjoy, and then be sure to snag her upcoming album, True Romance (coming in April) and catch her on her upcoming tour!

7 thoughts on “SXSW with Charli XCX”