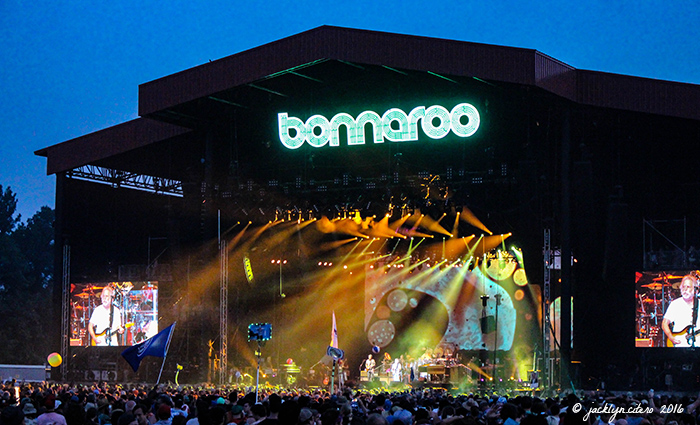 We’ve packed up our bearded bandanas, we’re mentally preparing to bask in that Tennessee sun, and we’re planning out when we’re going to the What Stage after the Which Stage, but only after we go to This Tent, and before we go to That Tent.

That’s right everybody, it’s Bonnaroo week; the most positive, musically filled, and sweaty weekend of the year. And we cannot wait.

Not only have we made an inclusive Bonnaroo 2017 playlist (below), but we’re also taking a look at some artists we do not want to miss at Bonnaroo this year.

AARON LEE TASJAN
East Nashville-based musician Aaron Lee Tasjan has always considered himself a songwriter first and foremost, writing his own off-kilter folk-inflected songs since he picked up his first acoustic as a teen guitar prodigy. His New West Records debut, Silver Tears, shows his artistic ambitions and solidifies him as one of the most intriguing singer/songwriters to emerge in sometime.

BADBADNOTGOOD
Known for their appreciation of hip hop and instrumental covers of artists such as Gucci Mane and Earl Sweatshirt, Canadian quartet BadBadNotGood is an act not to miss at this year’s Roo. Stay tuned for their upcoming works, Late Night Tales (July 28, 2017), which is a selection of tracks from their own record collections.

CAR SEAT HEADREST
Car Seat Headrest began in 2010 in Will Toledo’s hometown of Leesburg, Virginia. Needing a place of solitude (and soundproofing) where he could record vocals undisturbed, a 17-year-old Toledo set up shop in the family car. Toledo’s catalogue is sharp, literary, and culturally omnivorous as it touches upon youth and death, love and depression, drunken parties and 2nd century theologians. Ever surprising, his lyrical imagery ranges from playful to sexually frank to sorrowful, often within the same song.

CHANCE THE RAPPER
Chicago’s own Chance the Rapper will hit the What Stage Saturday Night for his anticipated headlining set. Riding high on the success of his 2016, three time Grammy winning, third mixtape, Coloring Book, these days Chance is in high demand.

DUA LIPA
You may recognize Dua Lipa from her release with Martin Garrix, “Scared To Be Lonely.” The 21-year old London-born songstress is you next favorite pop queen. Growing up on the sounds of Destiny’s Child, Tupac, Bowie, and Dylan, Dua Lipa pulls her inspiration from contemporary and classic pop and hip-hop to reshape her own voice and sound in the pop revolution.

FLUME
The atmospheric downtempo vibes of Flume are mesmerizing. His second album, Skin (May 2016), is a meticulously crafted, vivid universe of big emotions woven into a densely cinematic whole. Heavy hitting songs from the album include lead track ‘Never Be Like You’, featuring Canadian singer Kai and Flume’s third single, ‘Say It’, featuring Tove Lo. Tove Lo is set to play Bonnaroo Friday evening and Flume hits the stage the following (late) night. Maybe, just maybe… Tov Lo will stick around and grace us with a second appearance this weekend.

GLASS ANIMALS
It was love at first listen when Glass Animals’ released their debut Zaba (2014). The album was a cerebral euphoric experience with dark tribal beats and tropical vibes. Their new LP, ‘How To Be A Human Being,’ is about people. It’s a multi-layered, nuanced album that uniquely splices together 40 years of sonic history in a way that’s emphatically forward-sounding. In the characters and themes explored, the record creates a bigger, bolder, and more ambitious world for fans to inhabit.

LEMON TWIGS
With their debut release of Do Hollywood last October, Lemon Twigs is finding themselves in the same musical realm of artists that bring such originality that they change the very nature of their art. Lemon Twigs fuses tightly constructed pop, sophisticated orchestration, and British invasion melodies into a ten-song masterpiece.

LUCY DACUS
Sharp lyrical observations, playful turns of musical phrase, hooks that’ll embed themselves in your frontal lobe for days is what you’ll experience at Lucy Dacus’ set this Saturday afternoon. She has a keen sense of self and that shines clearly on her debut No Burden.

MICHAEL KIWANUKA
Soulful and raw, Londoner Michael Kiwanuka’s critically-acclaimed debut album Home Again (April 2012) staked his claim on the list of great British singer-songwriters. This album was a genre-defying nod to the heritage names of soul, and reinforced the real strength of young British music talent. His eagerly anticipated second album packs a powerful punch. If his last album was about returning home again, this is about leaving it behind and stepping out – and finding himself outside his comfort zone. Love & Hate is an outward-looking, drenched with emotional density and rich, soulful production at the helm.

PORTUGAL. THE MAN
Next week, Portugal. The Man’s eight studio full-length Woodstock will be released. BUT, if you’re at Roo this weekend, fear not! There will be no need to wait those seven days to hear the new and anticipated music. This Friday at 3:15PM at The Gring in Pod 7, Portugal. The Man will be hanging out for a Woodstock album listening party, in addition to hitting the stage late night Friday. 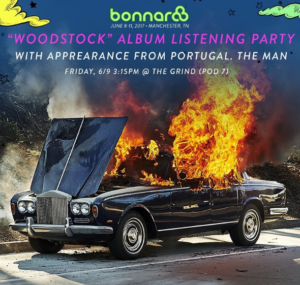 RAINBOW KITTEN SURPRISE
We’re here to tell you that Rainbow Kitten Surprise (RKS) could possibly be the next big thing. Not only are they dominating the festival scene this summer, but their growth and popularity seems to have bloomed organically. With chilling harmonies, dynamic instrumentation, and introspective lyrics, their distinct sound takes influence from artists like Modest Mouse and Kings of Leon. Don’t miss RKS belt out “Cocain Jesus” this Saturday.

WELLES
Jehsea has no problem giving it to you straight. It’s in his nature to pull no punches. Ask him about the current state of rock music and the rock singer, multi-talented musician and creative mastermind behind Welles will tell you how few things in life make him so equally prideful and angry as people bemoaning its death. He’ll readily tell you that despite others constantly talking up his once-in-a-generation, jarringly emotive voice, one that recalls Kurt Cobain by way of John Lennon, to him it often sounds like nothing short of “burnt toast.”