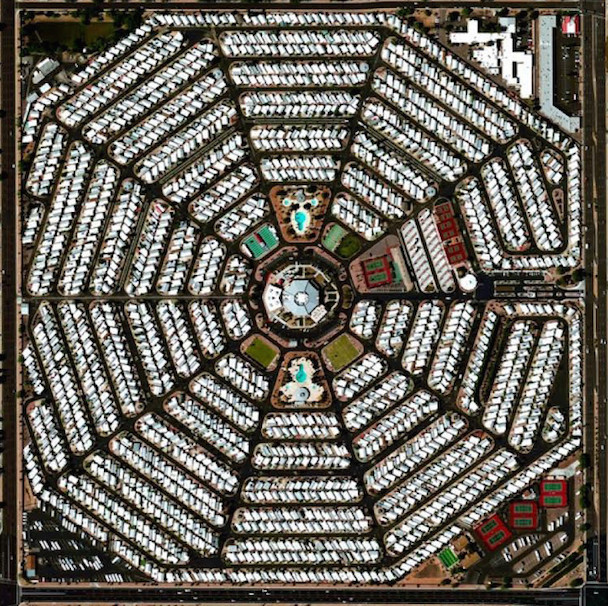 Modest Mouse released their newest album “Strangers to Ourselves” March 2015 with hit singles such as “Lampshades on Fire” and “Coyotes.” Now, a new music video accompanies one 0f the most familiar tracks, “The Ground Walks, with Time in a Box.” The video opens slow and dramatic, strange creatures in straw hoods walk across what seems to be a landfill; lead singer, Isaac Brock is king of the wasteland. The video is hard to grasp with a gray tone and Brock’s energetic facial expressions, almost unsettling and a little bit mind boggling. Brock rules the junk in a crown made of scrap metal and almost nothing but an animal pelt on his back. Geometric shapes wave across the video in true Modest Mouse form. Plastic bag angels and dark lipped maidens are his followers, and Brock oversees them all with a maniacal grin on his face. Pops of color bring life to the scene and coincide with the upbeat track. I guess one man’s trash is Isaac Brock’s treasure.