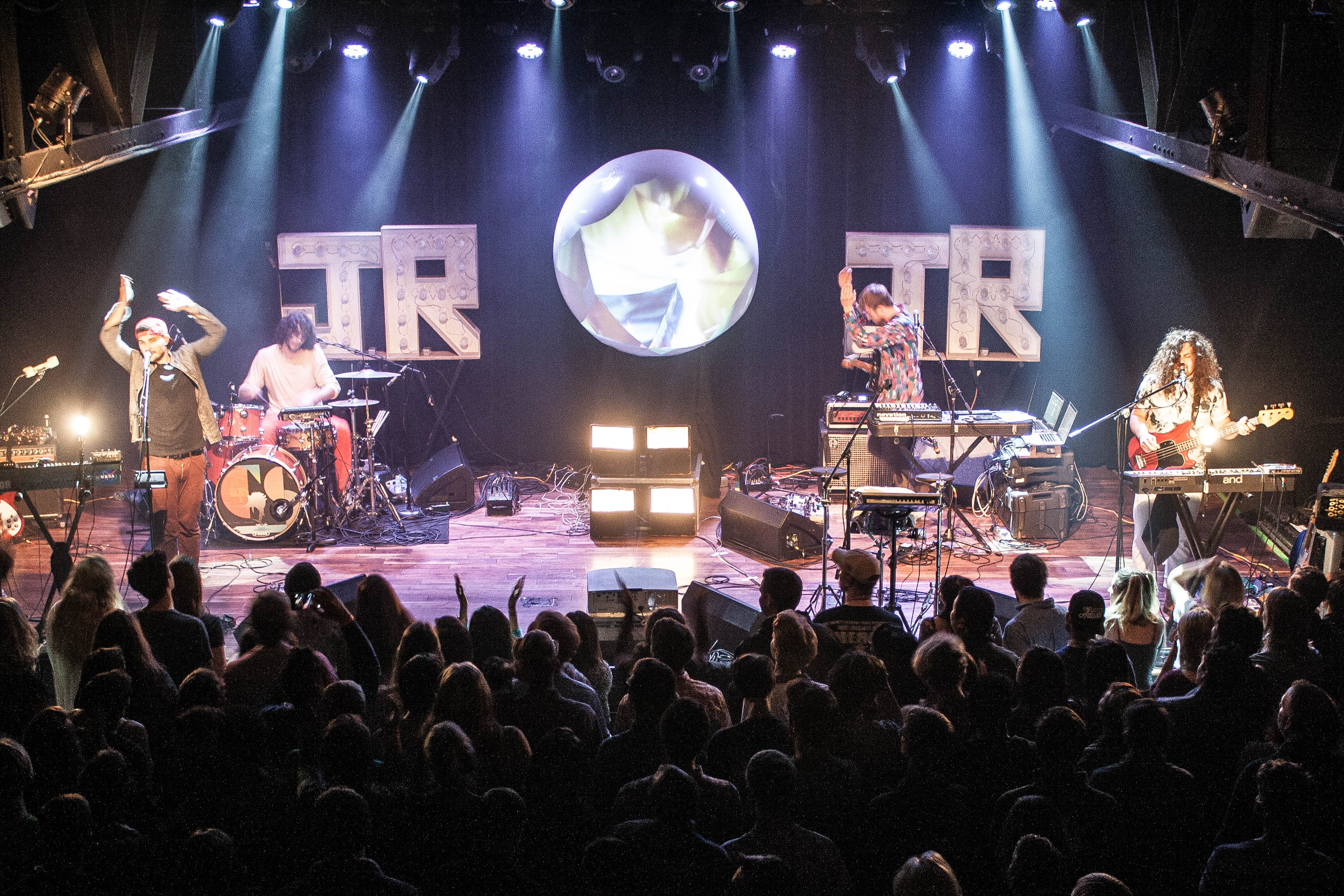 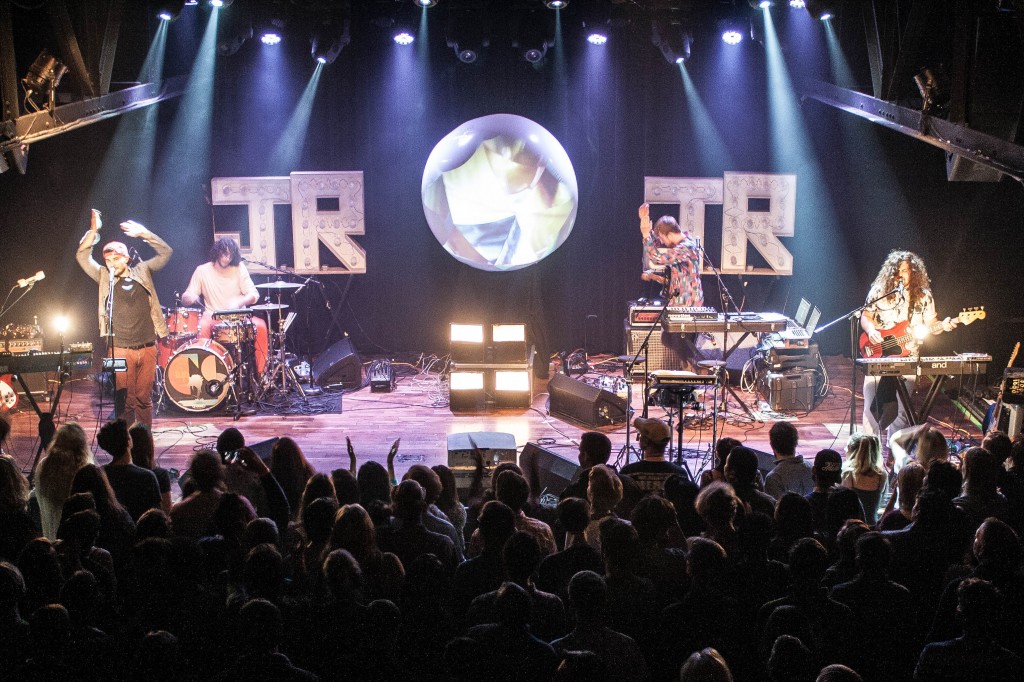 Approaching the box office at Terminal West on Tuesday night, I could hear what sounded like an acoustic version of Dale Earnhardt Jr. Jr.‘s “Beautiful Dream” and I had to check my watch. Doors at 8pm. Music at 9pm. And there’s an opener, right? It’s not even 9:30. How can this be? Am I really missing the show? And one of my favorite songs at that? Sh*t.

I walk inside and indeed, it is true. Detroit boys Daniel Zott and Joshua Epstein are on stage, instruments in hand, singing away. It was only after the next song (which they explained was written for the first album but didn’t make the cut) that I learned what was happening here. The opening act didn’t show. Dale Earnhardt Jr. Jr. was opening for themselves. Sort of awkward. Sort of awesome. They continued with a couple covers, admitting they were killing time, ended with The Beach Boys’ “God Only Knows,” and let the crowd know they’d be back out in a bit.

Returning to the stage after the typical 20ish minute break, the duo are now joined by a live drummer and multi-instrumentalist in the backstage to fill out that bigger sound we were missing in their stripped-down opening set and clad in different outfits (Daniel even dropped the blanket he had wrapped himself in and wrestled his guitar strap over). Like a whole new band, right?

Beginning the “real” set with “Morning Thought,” the first song off their 2011 album It’s a Corporate World, they cruised through a handful of familiar favorites employing the energy and explosiveness we’ve come to love from these guys, with Joshua wasting no time hopping off stage and getting down into the crowd only three songs into the set.

Their newest single, “James Dean” was prefaced with an anecdote explaining that they released the track without the knowledge or consent of their record label, and albeit lacking label support, it’s gone on to be the most successful song they’ve ever put out. Personally, it’s not a favorite. But the crowd most certainly had a more palpable reaction than to any other song so far in the evening, which included some great ones… (“Don’t Tell Me”, “Simple Girl”, “Vocal Chords”…)

Following the new with the old, next up was “When I Open My Eyes” trailed by one of my favorite songs of the evening “Run” off their 2013 release The Speed of Things. This one was a close second to the super-melodic “War Zone” which came up after they played another new one, titled “In the Middle.” This new song was much more promising than “James Dean”… I kept thinking of “Burning Down the House” every time they went into the chorus. Not a bad thing at all.

The telephone mic Josh had been using on and off throughout the show gets called into action to mic his sax for “War Zone,” and they closed the main set out with the anthemic “Almost Lost Detroit” before returning with “A Haunting” to open up the encore. Complete with bubbles galore and the most wild light show we had seen thus far in the evening, they continued with arguably their biggest hit and certainly most dance-inducing song “If You Didn’t See Me [Then You Weren’t On The Dancefloor]”.

The evening closed on a make-you-want-to-hold-hands-with-the-person-next-to-you note with “Nothing But Our Love” and both Joshua and Daniel immediately bolted from the stage to the merch booth, embracing clamoring fans and happily signing countless autographs.

If opening for themselves wasn’t already a fairly big hint, this was a true sign that this couple of Detroit boys, despite their success, haven’t lost their humility and gratitude for their supporters. A good reason to keep on loving Dale Earnhardt Jr. Jr. and coming out to enjoy their rowdy and shamelessly enjoyable live shows. 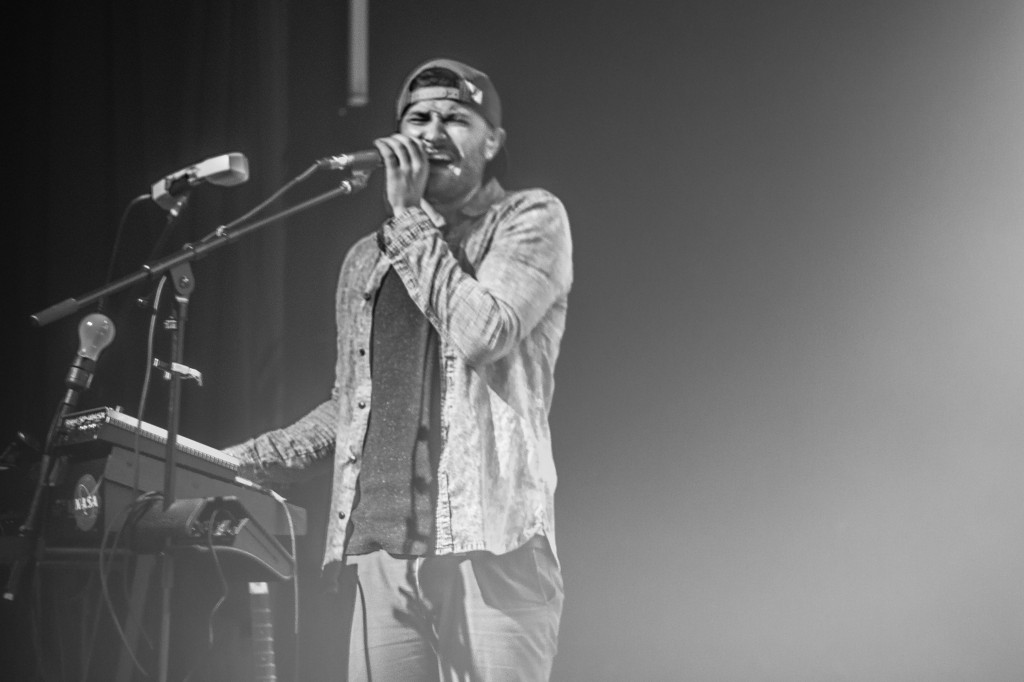