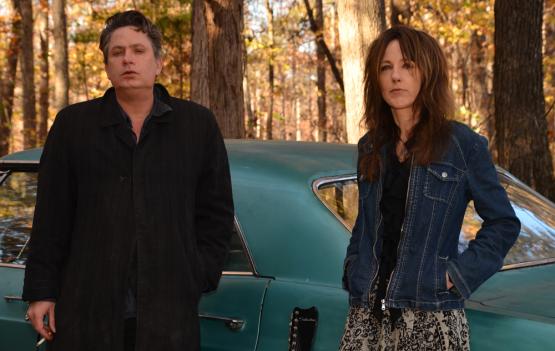 “Dex Romweber was and is a huge influence on my music. I owned all of his records as a teenager, and was thrilled at the fact that we were able to play together recently on tour. [He is] is one of the best kept secrets of the rock n roll underground.” —Jack White, White Stripes

Hailing from Chapel Hill, North Carolina, Dex Romweber Duo has released their first album since 2011, Images 13. The sibling duo is made up of singer and guitarist, Dex Romweber and drummer, Sara Romweber. Images 13, produced through Bloodshot Records, hit March 18th.

You know you’ve accomplished a prodigious musical goal when Jack White considers you somewhat of a personal hero. There is nothing more valuable in the music industry than inspiring other artists, rather than competing against each other. Dex Romweber should not only be honored to have such a talented artists praise him, but to know he had a part in influencing a praise-worthy artist. More interesting is Romweber’s contributions to Athens. Bloodshot Record’s artist page states, “He starred alongside R.E.M. and The B-52’s in the 1987 cult classic film ‘Athens, GA Inside Out’.” Are you looking it up on Netflix now? Let me save you the time and sorrow and tell you it is “unavailable to stream.” Every time! Yeah, too bad we’ll never get to see an ’87 Athens mullet.

Images 13 opens with energy in “Roll On.” Romweber immediately exhibits his coarse, but surprisingly smooth, voice. Although the duo is primarily rock, they diverge into a surf rock sound in “Blackout!” and “Blue Surf,” both of which are instrumental.  Still, Romweber is able to turn it down a notch with a classical, deep voice similar to Roy Orbison’s in “I Don’t Want to Listen.” The duo is versatile and is able to make listeners energetic with “Long Battle Coming,” and then immediately create a slow, emotional tone with “One Sided Love Affair.” Dex Romweber Duo leaves a lasting imprint accompanied with conflicting feelings. The album can make you feel lawless, heart broken, and weird with simple instruments and vocals, all in one sitting.